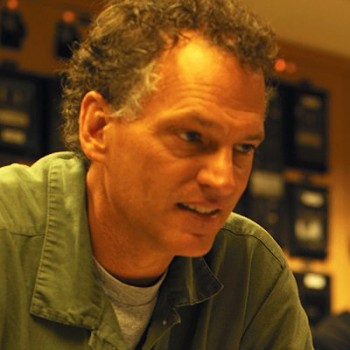 Brafton’s design department has come a long way in two short years, recently listed as one of the top 10 infographic design firms in 2013. Based in Boston and Chicago, our graphic designers follow a one-team approach to data visualization for marketing success, and their efforts have garnered a strong graphic product catalog that’s constantly expanding.

Now, we’re taking the team’s success to the next level, with the recent appointment of Ken Boostrom as our first-ever design director.

When looking for a director to propel Brafton’s industry-leading graphic department, we’ll admit, we had a tall order. The director had to possess not only the undeniable artistic abilities needed for compelling design, but also the experience to mentor and educate younger designers.

Our newly appointed director Ken Boostrom fit Brafton’s bill, and in-turn, Boostrom said he felt as though the position was “made for him.” With strong visual design, SEO and web development skills, plus a track record of pragmatic strategies and open lines of communication, Boostrom’s design experiences span more than 20 years, including campaigns for ABC Sports, Titlelist and the NFL.

Ken’s passionate, energized, professional demeanor is key to elevating Brafton’s design work and team strengths. Here’s a peek into his personality and the creativity he’s bringing to Brafton and our clients:

Unlike many of today’s designers who have had the ability to rely on computers to build a portfolio, when Ken first studied  visual design, that type of software didn’t exist. This meant hand skills like drawing, painting or modeling, and being an overall craftsman were crucial.

Flash forward and Ken has found a way that he could incorporate his first true passion, art, with a secondary love: technology.

“Somehow, technology was always fascinating to me,” he said. “As soon as the first Mac came out with a hard drive, I bought it. It was portable at 26 lbs and I carried that thing everywhere. As soon as I could marry technology with art, I was all over it, that was for me.”

“Education changed my life so I always make a point to help people.”

When Ken got his Masters at Syracuse, he knew education had to play an important role in his future endeavors. Ken relied heavily on the teachings of Dietmar Winkler- a professor who  “changed his life.”  Ken views Winkler’s influence as the origin of his pragmatic strategies, problem solving skills and data research abilities.

“I always knew I wanted to be able to work on design projects and with design students who shared my values,” he explained. But after about two years of teaching typography and design while also running two full labs and freelancing, he realized balancing both wasn’t meant to be. “Sometimes you retain goals and then you realize in full practice that they’re not really meant for you. But still, I learned so much strategically from that while teaching and working in the field.”

Ken loves communicating, he defuses stress with humor and he predicts that if you hang out with him, he’ll try to make you laugh the whole time.

This characteristic marries well into his teaching style: He prefers an open line of communication, and he wants to know what you’re thinking.

What does this mean for clients? While he’ll stick to the communication mediums that they prefer, he’ll always aim to talk to customers in person or over the phone. He also believes in the value of client feedback (whether or not they have a design background). Ken is interested in collaboration based on customer priorities and the strengths of his team. “Never tell anyone how to get to the end of the road, but help to set them on the right path, and give them tools and directions to advance. I’m not a person who says ‘do it this way.’ I’m a person who says ‘you need to have a finished product that’s great.’”

“You have to learn constantly and that is what makes me happy.”

Ken joined the Brafton team because he views our agency as the opportunity to constantly try new things and to redefine how people perceive marketing graphics. He appreciates our diverse client base because, as he put it, he “doesn’t live on just one food source.” Plus, he’s drawing on past experiences as a renaissance man to carry out his “do the obvious well” mantra.

In an ever-changing industry, Ken knows there’s constant potential for innovation and strategy, and that’s just what he wanted.