Social media is a powerful conduit for communication, awareness and engagement. It can be used to amplify a message and foster real interactions between real people the world over. And brands have become very wise to the potential of social media.

The more followers you have, the louder your voice. The bigger your follower count, the more impressions your content can make. Social media platforms are great for facilitating conversations and projecting brand humanity — key desires in today’s consumers. Success is now, in many ways, measured in likes and engagement rates.

However, not all those hearts and thumbs ups are created equal. In the clamor to boost their follower counts, it’s possible some brands and influencers were fooled with fake followers. Pushed to the extreme, some may even pay for such bogus traffic. Here’s what you need to know about these fraudster accounts and why they’re a net negative to your content, influencer marketing campaigns and social media presence.

Americans aware of, concerned with bots

Not all bots are bad, but the perception is most are. Falsified social media accounts have become a nuisance and very often the source of endless amounts of spam. However, they can just as easily be semi-forged identities with real pictures and fake info that make posts designed to trick an audience. Either way, it’s best that brands and influencers stay on high alert. Fake followers on social media has been a trending topic since the 2016 presidential election when numerous fake accounts spread misinformation.

Such was the fallout that a late 2018 survey from Pew Research Center found two-thirds of Americans had at least heard of social media bots. The overwhelming context surrounding this public knowledge was negative: Of those respondents who had heard of bots, 80 percent thought they were used for negative purposes.

Political interference aside, bots have also been criticized for showing up in the follower counts of brands and social influencers. While Pew found Americans might support the government’s use of a bot to disseminate critical emergency information (78 percent deemed it acceptable), 67 percent said it would not be acceptable for an influencer to juice their following with bots. Brands pay the price when fake accounts number among their real followers — but it’s not always easy to cull such counterfeits from the crowd.

Why are fake followers a problem?

Most reputable brands and influencers understand the costs of buying followers — both in the real cash they hand over for imposters and in the damage to reputation they incur when those accounts are eventually exposed. NFL Hall of Fame linebacker Ray Lewis lost nearly half his Twitter following in one day after the service scrubbed fake accounts during a mid-July operation that saw the following lists of several other celebrities drop precipitously. Besides, fake followers aren’t going to generate the type of engagement brands desire.

Still, even steering clear of nefarious pay-for-follower schemes doesn’t inoculate brands entirely against the threat of fake followers. These pretenders and bots have become legion across social media, ensnaring unknowing brands and influencers: Even former President Barack Obama lost a fraction of followers despite being nowhere near the shady businesses that peddle inauthentic accounts. The company at the center of that scandal recently reached a settlement with New York state in connection to the allegations of deceptive practices.

To catch a fake follower

The thick tangle of fake followers demonstrates the risks brands face in social media campaigns or influencer marketing partnerships — both reputationally, financially and possibly legally. The value of likes can be diminished by the real threat of fake followers. So how can content marketers ensure real people populate their follower counts? 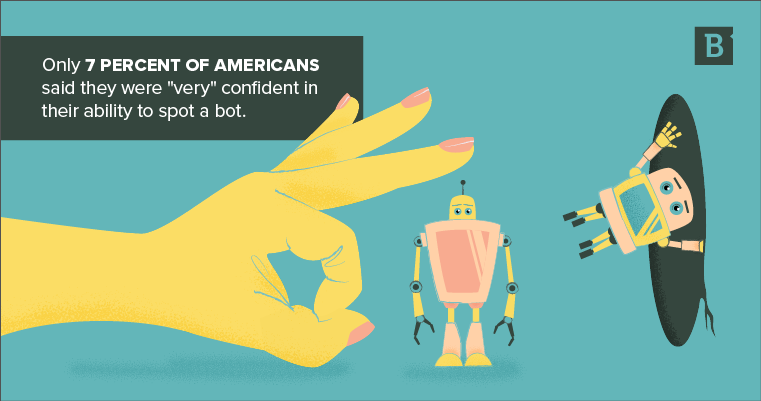 Truth is, while red flags do exist, it’s not an easy task to identify fake accounts. In the Pew research, few Americans who had heard of social media bots expressed confidence that they could identify one. Only 7 percent said they were “very” confident in their ability to spot a bot; that was more than doubled by the 15 percent that said they were “not at all” confident. Forty percent said “somewhat” and 38 percent said “not very.”

Even worse, fake followers are numerous, and continue to grow. Facebook said 3 to 4 percent of its monthly active users between Q2 2018 to Q3 were fake accounts. In that time, the social media platform disabled some 1.5 billion accounts.

However, content marketers fighting the good battle against this hoard of hoaxsters do have strategies they can use to keep their real followers far from the madding fake crowd:

Look at the metrics

One of the easiest ways to pick out a fake account is by examining a few key ratios. Not every bot is apparent on the surface of a profile picture, but its social activity is the tale of the tape.

Taking one look at a user’s history of posting is an easy way to separate the wheat from the chaff. If they, for a wild example, post a picture of a pair of Ray-Ban sunglasses and tag every person under the living sun in it — it may be time to sever social media ties. However, it’s not always going to be as apparent as that. Fake accounts are often behind activity that is repetitive or blatantly promotional, or contains jagged syntax and excess punctuation. Fake followers often distinguish themselves against real people when you look at the comments they leave. 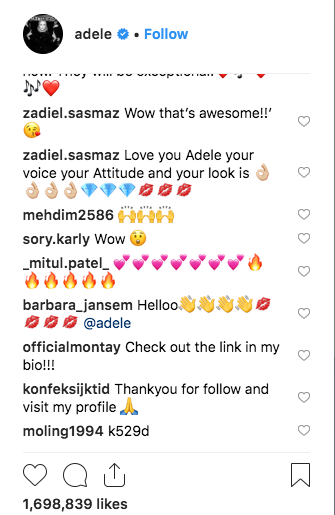 Use an automated solution

You’re not without assistance in addressing the tide of fake followers. There are a number of businesses that offer services that marketers can leverage. There are also free resources brands, influencers and regular people can utilize. Take SparkToro’s Fake Followers Audit for example: This tool allows Twitter users to do a brief survey of their followers and root out any fake accounts, which SparkToro says can constitute between 5 to 30 percent of your followers.

Do a spot check

It also helps to be proactive. Content marketers often have hundreds of things to do, but take some time to undertake a bit of personal oversight. Doing a random check of recent followers is a good way to pick out the bad apples before they rot. Looking at the profiles of real people will help you get a better feel for how to identify the fakesters, even when they try their best to fool or scam a way in.

When you’ve taken all these steps, it’s time to remove the indisputably fake followers. Block those accounts and keep a further eye on ones that show red flags. With this information and these tips, content marketers can make progress in addressing fake followers.

Instagram metrics: What to track and actionable performance benchmarks

Instagram metrics provide granular as well as top-level insight into how campaigns are doing. Let’s look at which ones are the most important to track, and what each of them can tell you.