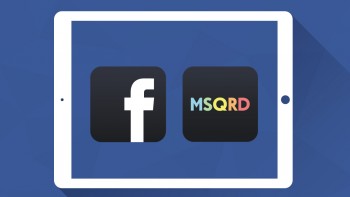 Facebook has made Masquerade an offer they couldn’t refuse, and the social network landscape just got cozier. Ever since Snapchat declined Facebook’s $3 billion purchase offer in 2013, Mark Zuckerberg has been desperately searching for a comparable photo and video messenger service. This week they finalized their purchase of Masquerade, the extremely popular (and growing) app that lets users capture and post face-swap pictures and live video filters.

Facebook hasn’t disclosed how much they spent on purchasing the service, but if their previous expenses are any indication, it could be in the billions. Mark Zuckerberg is no stranger to pulling the trigger on massive deals, and his reasoning for spending so much goes deeper than just obliterating the competition or gaining more users.

Facebook’s storied history of mergers, absorptions, buy-outs and talent-acquisitions began with their 2005 $200,000 acquisition of the facebook.com domain name, owned by AboutFace. Their $31 million buy-out of social network ConnectU in 2008 was still pennies compared with their more recent purchases.

They made their first 10-digit buy, and their first major expansion into new advertising territories when they acquired Instagram in 2012. Their newfound network added millions of pairs of eyes to advertise to. When Instagram was named app of the year in 2011, it shot up to 30 million dedicated users. It wasn’t long before Facebook began developing their ad platform for the service, which now boasts over 400 million users.

Facebook’s billion-dollar purchase of Instagram to increase their advertising audience looked impressive, but their spending habits around data-acquisition truly take the cake. They bought the free SMS app WhatsApp for an unprecedented $19 billion, seemingly to absorb its users, and all of their data and past messages into the Facebook servers. The purchase also marked a deeper foray for Facebook into the ephemeral dark-social mobile communications market.

What does Masquerade have to offer?

Facebook is focusing heavily on all things graphics. After purchasing Oculus VR in 2014 for $2 billion, they’ve settled on a ship date for the first generation of Oculus Rift products (later this month). Masquerade’s team of 3-D graphics and video engineers might perfectly complement Facebook’s team as they prepare for VR products.

Zuckerberg and company have been also concentrating efforts on enhancing their messenger app, especially in the face of recent boycotts against the app over privacy issues. Facebook has:

Facebook saw the value of sponsored lenses in Snapchat, and decided that purchasing their competitor was their best route to this form of advertising.

If it seems like Facebook and other networks are combining all of their features (and losing part of what originally made them unique), you’re right.

In recent years, Facebook has borrowed features from many of its competitors:

Facebook is not the only network to do this. Twitter takes from Facebook and others too. They announced plans to experiment with non-chronological timelines based on algorithms, and the hashtag #RIPTwitter emerged overnight to reflect its users’ fear of it turning into a version of rival network Facebook. Twitter bought Vine and Periscope and integrated their services to add micro-vlogging and live-streaming to their service.

What’s preventing the homogenization of networks?

Investors and shareholders of Silicon Valley’s biggest networks evaluate performance based on overall quarterly growth – not just revenue growth. Adapting to include some of the features of rival networks might serve to increase revenue, at least in the short run, but social media giants also receive a significant portion of their investments based on:

People use networks for the specific value they offer. Twitter is for quick, public messages; Instagram is for stylized pictures and short videos; Periscope is for live-streaming; and Masquerade is for face-swapping and live video filters.

If networks converge too far, into a Pangea of networks offering every feature available, the brands of each network will lose meaning, and as a result, all or most will suffer.

As Facebook works to integrate Masquerade into their services, the network will remain open and unchanged for the time being. We’ll be sure to update you if and when developments happen.

“Video communication is exploding. At Masquerade, we’ve worked hard to make video more fun and engaging by creating filters that enhance and alter your appearance. Now, we’re excited to join forces with Facebook and bring the technology to even more people.” – Masquerade