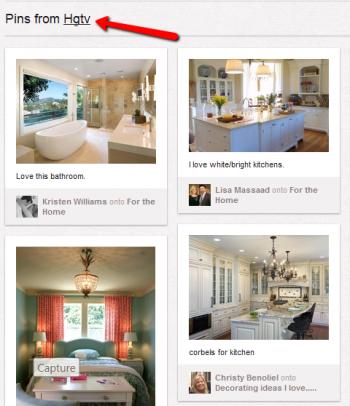 An infographic from Monetate suggests that Pinterest is quickly becoming one of the most important elements of social media marketing for businesses looking to boost web conversions. According to the company, Pinterest grew rapidly in 2011 reaching more than 7.2 million users by year’s end, compared to 1.68 million at the end of September.

The launch of Google+ Pages in early November made many organizations reconsider their social media strategy to make room for the search giant’s social platform. However, Pinterest’s organic growth has shifted these priorities, forcing companies to work the website into their social media marketing plans.

B2C companies have successfully used Pinterest to highlight new products to their followers. Monetate pointed to HGTV, which has amassed more than 8,200 followers, as an exemplar brand on Pinterest. HGTV’s photos of home decor are a strong indicator of the type of content driving Pinterest’s success. The No. 1 form of content shared on the website is centered on promoting a lifestyle, which is the specialty of HGTV.

Similarly, Nordstrom, West Elm and ModCloth have been successful on the platform, demonstrating its appeal as a home and living resource for young women – the site’s primary target audience.

Brafton reported last month that both Experian and comScore independently found that Pinterest was the fastest-growing website. The site has ranked among the top 60 websites for most of 2012, building on the success it achieved in late 2011.