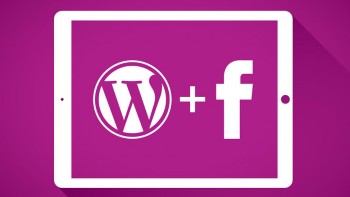 What are Facebook Instant Articles and how is WordPress partnered?

Facebook officially opens Instant Articles to all publishers in April, and WordPress has announced a plug-in that will make their users’ blogs, articles and other pieces of online media compliant with Instant Articles. Facebook’s service hosts partnered publishers’ content on its own network in an optimized, branded format. It loads the page within milliseconds, as opposed to the average of about 3.5 seconds on the web.

Until now, Instant Articles so far only allow users to engage with major brands like NBC, BuzzFeed and MTV. WordPress’ release will allow the sites it hosts to deliver their content instantly, with UX optimized for the average Facebook reader.

There is no telling how many of the 70 million websites hosted on WordPress will embrace the option. There are tradeoffs for participating in Facebook’s Instant Article format – traffic goes to Facebook, not the host. On the other hand, the content becomes more visible and appealing, and publishers won’t lose readership due to slow load times.

Implications and the current state of instant

Facebook is not alone in offering proprietary mobile content services. Many of the leading social networks and tech brands such as Apple, Google, Instagram and LinkedIn are releasing quick-loading publishing platforms, with similar strategies in mind.

Perhaps more notable than the speed, convenience or formatting of services like Instant Articles, is each platform’s underlying goal of retaining their traffic. Offering mobile-optimized, rich content is appealing to users, but allowing them to experience the content, while keeping them from leaving the network, is Facebook’s primary goal.

You’re likely familiar with a few of the major networks and hosts that are competing with Facebook Instant Articles:

Facebook wants its users to stay on its site, rather than clicking away to BuzzFeed, The New York Times or National Geographic. Instead of bringing readers to The Atlantic when they click on a link in Facebook, they can now read that article without leaving the network.

Social networks are building walled gardens. They want to make sure that when someone engages with content, they stay on the social platform instead of clicking somewhere else.

And it seems to be working.

“Since January 2015, Facebook referral traffic from publishers dropped by 32 percent, but user interaction on Facebook increased by almost 3x from 2014 to 2015.”

How to be “instant”

WordPress has made the open source code for the plug-in available on Github, and it will be available on the WordPress Plugin Directory soon. Facebook is recommending that publishers set up a secure RSS feed that exports content from their CMSs after implementing the Instant Articles markup.