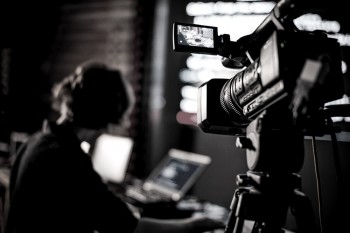 The more insight you have into how people behave online, the better you can develop your video marketing strategy to capture their attention. The latest Ooyala Global Video Index showed that video continues to trend up among consumers across all devices. In particular, mobile video is surging forward, compounding the growth seen in recent years.

But there is still plenty of room to devote resources to video content optimized for desktop as well, which have yet to be overtaken by smaller devices as the leading platform to view videos online. This is due in part to the way people prefer to consume video content, as there is a very tangible relationship between the devices people are using and the types of videos they are watching. Before we dive into Ooyala’s report, let’s review the perks marketers can find with the right approach to this content type. People respond well to the inclusion of videos in marketing emails. (Source: Syndacast)

As video becomes easier to produce and distribute, it is growing increasingly popular as a content marketing tool. Not only do 51.9 percent of senior marketing execs label video as the top ROI earner, according to Adobe, but inclusion of a video can bolster email marketing results.

Video is also a great way to reach every different buyer persona no matter where they are in their journey. The Ooyala report found that millennials are driving the growth of mobile video, but younger adults are not the only ones tuning in. Forbes reported that over 80 percent of executives, who are commonly just north of the millennial generation, have been watching more videos over the past year, and more than half are either visiting vendors’ sites or sharing those videos with colleagues and friends on social media channels.

Let’s take a closer look at Ooyala’s findings on how people are engaging with videos, and how they impact marketing strategies.

People have been watching videos on mobile devices since the first moment technology allowed for it. With more people using smartphones and tablets, marketers would be remiss to leave mobile out of the conversation when discussing video marketing strategies.

Ooyala found that roughly half of all videos are watched on mobile devices. In fact, viewership through mobile increased at a compound annual growth rate of 116 percent between 2011 and 2015. Odds are good that as technology advances, this statistic will continue to move upward. Part of the reason mobile video is continuing to grow and expand is the ever-increasing ability to stream high-quality video, and 5G networks are already in the testing stages, according to Ooyala.

Breaking it down by device type, Ooyala took a closer look at the way people interacted with videos on both smartphones and tablets. While video views on tablets have remained relatively steady in the past four years, smartphone views have been leading the charge for mobile’s video growth.. In the last quarter of 2014, people watched five times as many videos on smartphones as on tablets. For Q4 of 2015, the disparity jumped up to six times more videos being watched on smartphones than on tablets, which remained relatively steady.

Even though mobile appears set on taking over the realm of video, it is by no means going to be the sole venue anytime soon. Viewers choose the platforms on which they watch videos based largely on how long those videos are. Not surprisingly, the shorter the video, the smaller the device. For videos under 10 minutes in length (think movie trailers, product reviews, Vine and Instagram), smartphones tend to be the go-to devices. More than two-thirds (69%) of videos viewed were within this time frame. When videos are a bit longer, in the 10- to 30-minute range, tablets become the most popular choice, as they have been for the past three quarters. But when you get into video content that surpasses 30 minutes, desktop reigned supreme.

Applying this knowledge to your video strategy

The most important takeaway here is that video length is not strict. It’s just a matter of coordinating the content with the most likely platform and letting that guide the length.Marketers tend to aim for shorter content, which does have value, but it’s important to remember viewers like longer videos as well. They just typically don’t want to spend more than 10 minutes staring at too small of a screen.

Depending on the devices your audience is most likely to use, design your videos to be the appropriate length. This may vary between your different buyer personas as well as where they are in the buyer journey.

To apply the idea, let’s say your company sells power tools and you would like to create in-depth videos demonstrating how they work. This is viable, as many people turn to online videos as educational tools – Google found that between January and May of 2015, people watched more than 100 million hours of how-to videos alone. Considering roughly 9 in 10 people sought out instruction on their phones, a company with the opportunity to present instructional videos may want to keep them short and sweet to cater to the user.

By studying how consumers interact with and use videos, you can shape your video marketing strategy. If your audience is most likely to watch videos on smartphones with smaller screens, you will want to stick with videos that don’t exceed the 10-minute mark. When your target consumers are more likely to seek out your content while using tablets or computers, you have the option to develop longer-form content. In many cases, the approach you take will have a blend of video types, as the content people want can vary between different buyer types as well how ready they are to make a purchase. 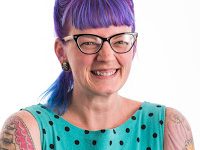