The second season of any series poses a unique challenge. The exuberance of the inaugural effort has worn off, the momentum starts to plateau and the reality that you must evolve inevitably sets in.

Take True Detective, for immediate reference. Vince Vaughn-led Vinci vagueries have been abandoned in Season 3 for a more tried and true recipe: ominous idol-heavy imagery, intricate composite character arcs and good-old-fashioned whodunit intrigue. Doesn’t hurt to have a Mahershala Ali or a wily Wooderson in the lead role, either.

As Above the Fold enters its sophomore campaign, we’ll have to settle for Jeff Baker and Francis Ma, the same “two yahoos” – aptly described by new voiceover artist Sarah Cugini – who made their bones in Season One luddite-shaming, Musk-pandering and generally rambling about tacos, scooters and video games that most of us stopped playing when we were 13.

Thankfully, and rather inexplicably, that S1 cache means S2 will feature regular, reputable guests. The opening act of this cavalcade is Andy Crestodina, CMO of Orbit Media, and God bless him for gracing Episode One with his presence. If not for Crestodina’s ability to navigate Ma’s meanderings and Baker’s bluster, turning their verbal play-dough into cogent content marketing takeaways … who knows where we’d be. 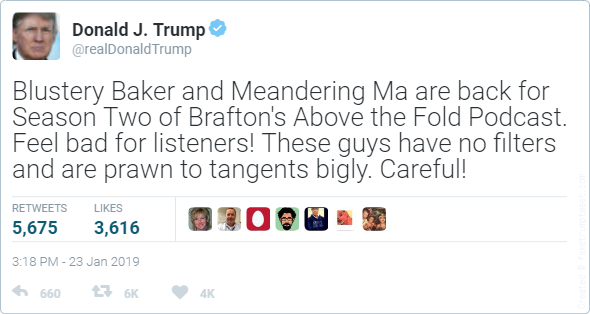 The episode’s transcribable moment, as Baker puts it, comes around the 53-minute mark, when, asked for a guiding 2019 priority, Crestodina reminds us to simply “answer the questions people have.”

He elaborates that the content piece – “the cheese to the traps” – will generate the links and authority to rank for commercial-intent keyphrases and address demand. But the rest of the formula, which includes utilizing influencers, shareability, posting in a variety of places and savvily employing visuals, hinges chiefly on connection.

Be personable. Be relatable. Be authentic. It’s not a bad rallying cry for a New Year’s resolution, right?

Not exactly in midseason form

At the jump, Ma & Baker come out a little cobwebby, like lazy veterans arriving for Spring Training out of shape. Indeed, Baker muses that he didn’t know he got fat until he put on pants, implying he spent the entire holiday break up to that point pants-less. Ma fulfills his taco-mention quota before the four-minute mark.

Trumpeting the new season, they freely admit they have no idea how many episodes there will be, but promise more guests without offering any further detail (pretty typical). Ma makes a half-assed pact to “attempt to be more focused.” They repeatedly refer to Lauren Fox as their “EP,” confirming the “success” of S1 (not being canceled) has gotten to their heads. Ma says they will probably “fall off the wagon,” in what is, at best, a dicey use of a loaded term.

Poor Crestodina. It’s unclear whether anyone prepped him with any sort of agenda for the discussion. He handles it well, despite Baker handing off segues with the grace and efficiency of a 6-year-old flag football quarterback. Not sure whether Andy was compensated for doing this – hopefully we at least sent him a Brafton tumbler.

Give the people what they want

The meatiest conversation surrounds email marketing (38:00), which Crestodina likens to democracy in that “it’s a bad form of government unless you compare it to anything else.”

Still, the crew agrees, the medium maintains a huge advantage over search and social. Organic reach in social is low and declining (2% or lower). That frustrates us because, as Crestodina explains, the “algorithm is the intermediary between you and your audience.” Search is similar, since Google keeps adding new SERP features.

Baker starts to find his groove here, geeking out about search-no-clicks and asking rhetorically,

“Do a couple blog posts matter? Damn right they matter! There’s no flooding the internet with noise [anymore].”

Mixed sound/substance metaphors aside, his point about the importance of sustained traffic is well-taken. Market to the right people through email, Jeff reminds us, and they have their “checkbook on their laptop,” whatever that means. He then briefly loses control while gushing over AI like some bumpkin tourist riding the subway for the first time.

“Promised I wouldn’t say ‘AI,’ but damn if it’s not interesting!”

Crestodina mercifully wraps a bow on the conversation, summarizing that email is our best hope for connecting over a longer duration of time. Building trust remains possible “if you send stuff that is consistently good enough and relevant.”

We fly down the homestretch with a lighthearted yet pointed discussion on why stock photos are canceled. Apparently Crestodina’s been “angry” (Ma’s words, not his) about stock images because they represent a missed opportunity to be authentic. A stock image neither assists the content around it nor can it be the focus itself. People are out here saying “it’s so hard to be original, so hard to differentiate,” Andy opines, and then they use a stock photo. Pssh. 😳

Baker ups the ante, calling for a “ban” on stock imagery like some sort of guerilla marketer madman. Andy doesn’t take the soapbox bait, but concedes that the least offensive type of stock photo is the one that at least has a human face.

There’s some talk about warm prospects. Jeff’s point is that “people are coming in with 90% of the info now, whereas when I started they came to us with 10.” And it’s the result of access. Baker boldly coins the term “empathy marketing” as a way of describing how you should value the prospect’s time. “And then when you get ‘em on the phone, they’re ready to rock and roll.”

Sensing light at the end of the tunnel, Andy succinctly answers the guys’ “rapid-fire questions” (there are only like four of them). We touch on synth-wave, Jeff somehow manages a Dirty Dancing reference and Francis is organically afforded an opportunity to share his long-awaited review of the Mr. Rogers documentary. In other words, everything’s back to normal.

Many, many thanks to our guest for hanging with us and being genuinely good-natured, while providing lots of fodder for thought as we trudge through the winter months. Crestodina has a set a high bar for as-yet-unspecified future guests, and set Season Two off with otherwise unattainable credibility. We’ll see how our favorite yahoos fare in using that credibility for good. .

‘Til next time. Peace, love and banjo outros.

And In honor of Jeff Keleher, here’s your context-free-quote of the week: 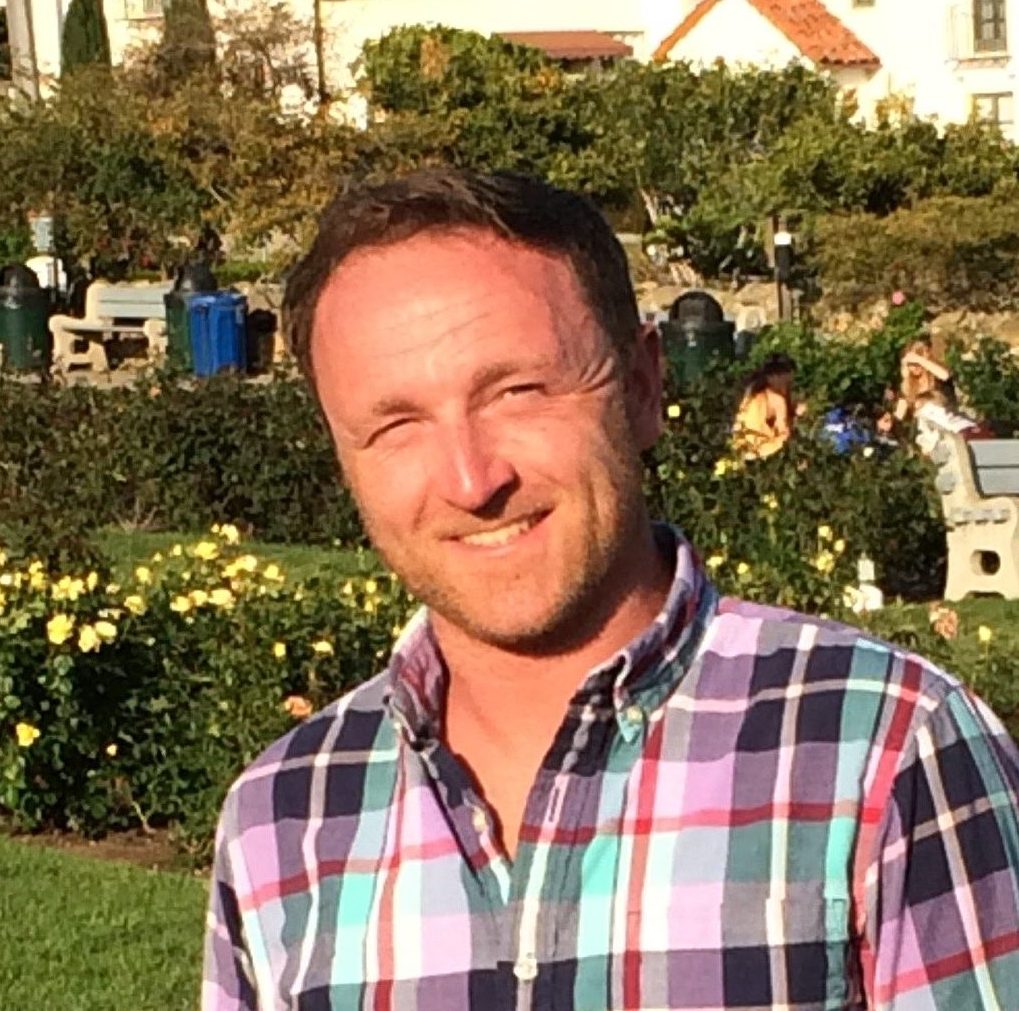