Branding your business through social media - or not | Brafton 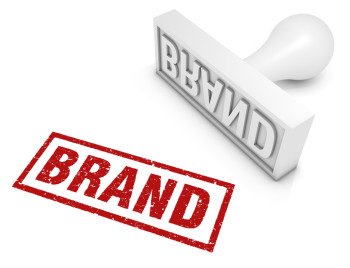 Despite its meteoric rise to cultural relevance, social media remains a mystery with regard to its financial benefit. After collecting a billion users, Facebook went public. It was a pretty big deal, but it was also a mess, as a series of technical problems and general confusion led to the filing of more than 40 cases against the company. Nasdaq lost a bunch of people’s money. Someone cried foul over Facebook’s earnings forecasts. Facebook did little to reassure people of social media’s viability in a traditional financial sense.

As noted in the management consultancy firm McKinsey’s quarterly magazine, “many companies find that it’s difficult to justify devoting significant resources — financial or human — to an activity whose precise effect remains unclear.”

Everyone on social media felt like a marketer, and marketing felt organic.

Not that any of this comes as a surprise. Brands’ initial attraction to social media networks was largely fueled by sheer volume, and marketers were quickly wowed by the viral factor. With the right formula, good instincts and a little creativity, you could strike oil just about anywhere simply because there were so many people on the internet.  Everyone felt like a marketer, and marketing felt organic.

The general idea was one of equality. On social media, everyone had a relatively balanced voice. Small businesses tied their brands to their Facebook Pages and responded to customer feedback publicly and in real time. It seemed to level the playing field. If you made a good product, the word would get out naturally. Customer service required little more than monitoring, and public engagement of customers doubled as good PR.

The problem is that it isn’t that simple, and marketing competition and standards would eventually catch up.

Viral is not a strategy, but …

Brandon Mendelson’s somewhat-widely circulated and debated article on PandoDaily made some pretty blunt claims about the superficiality of social media’s effects, specifically attacking the idea that virality isn’t what it claims to be: A unified, pure and organic representation of our collective consciousness. Using Korean musical artist and viral sensation PSY as an example, Mendelson says:

“You see, PSY is in no way, shape or form, a viral success story … The illusion of “viral” success for PSY is actually the tail end of months and months of preparation, buying fake views and comments, an extensive PR campaign, and his video fitting a very specific need for the business model that fuels the Web: The Page View Based Economy. … While it’s true that PSY experienced a tremendous amount of success on YouTube, it is not accurate to depict that success as something that happened organically and can be replicated by you…”

There’s irony, to me, in the fact that Mendelson’s rhetoric is somewhat virulent.1 His post has been shared more than 500 times on Facebook, and his decidedly cynical anti-social media stance, while valid from a certain perspective, misses the mark in an important regard: Social media was never meant to be taken this seriously, and its development as a marketing tool has been awkward. It may or may not be true that PSY’s management team purchased fake comments and page views to boost his video’s ratings (for the record, I’ve still never seen it),2 but even if it did, why are we concerned?

Social media marketing feels really authentic, but it’s marketing and advertising just like anything else, if you’re using it to brand your business.

It’s easy to respond with cynicism to something that is consciously and actively branded, because on the surface, social media marketing feels really authentic, but it’s marketing and advertising just like anything else, if you’re using it to brand your business. You need to remember that when creating collateral, whether it’s a research study or a post or a Tweet.

I collect vintage baseball hats, and have purchased maybe a dozen from a company that manufactures them.3 The company produces an excellent product, using authentic materials to create facsimiles of rare professional and semi-professional team caps worn between about 1900 and 1965. The company also has a pretty impressive social media presence, albeit a simple one. In the past, it’s shared photos of prototypes, asked followers to help identify particularly obscure uniforms, and offered discounts on new products and during specific holidays. Father’s Day is a big one.4

Despite a pretty respectable social media presence, a cool product (to nerds like me, anyway) and a friendly customer-service department, at least a third of my orders with the company have run into some kind of a problem. Hats are delivered slowly, and they are sometimes the wrong size. The company faces obvious problems with its supply-chain, as more than half of the orders I make generate automated messages about a backorder, and it takes up to eight weeks for products to ship. Additionally, the company does not charge for the order until the products ship, which is reassuring on one hand, but calls for careful (and sometimes maddening) weeks or months of checkbook balancing on the part of the customer.

Sure, at the end of the day, I’m still a customer. But there’s a lesson in the company’s shortcomings: Time spent internally developing a brand image, without any real knowledge of how to do so, should never come at the expense of a strong business foundation built on a reliable supply chain. As someone who sees small businesses developing their brands from the ground up, this organization seems like a good business that is simply trying to do too much.

Don’t be fooled. Social media isn’t complex marketing made simple. Remember when it used to just be that thing you used to keep up with your increasingly distant/successful high school classmates? Not much has changed. Just like it helps you find out what those people are doing today, it’s a way for your business to informally connect with customers. But that isn’t synonymous with marketing.

So how should brands approach social media marketing? While some argue PSY saw success from black hat practices like buying comments and Likes, the same strategy won’t work for the average business. This is where authenticity comes into play – companies don’t benefit from thousands of Likes per post, nor do they profit from fake accounts commenting on their content updates. Marketers must use their communication skills to develop social presences that connect marketing with business as usual, starting relevant discussions that support brands’ missions and making it simple to convert when the time comes. Then they need to connect their social side with their business know-how.

No clever campaign will resurrect lost business because of low-grade customer care. Companies that approach social marketing conceptualization with the same prudence they take to other new-media efforts will be the most likely to see their unified content campaigns go viral on the web. They’re also the most likely to see their Facebook Pages convert leads and impact their bottom lines, you know, those real world results.

1 The word “virus” to mean “an agent that causes an infectious disease,” according to the Online Etymology Dictionary, first appeared in 1728, notably around the same time that a few adventurous British folks started pretty barbarically (though successfully) experimenting with inoculation. Nobody used the adjectival “viral” until the mid-20th century, when we were developing vaccinations for smallpox, polio, measles and other viruses. The word also has ties to the Latin viscum, which means “sticky substance,” and often referred to tree sap. The obvious English derivative being “viscous.”
2 And so there’s no way I’m going to research whether he bought his way to YouTube fame.
3 For the record, I’m not naming the company because it seems irrelevant, but for the curious, it shouldn’t be too hard to figure out who it is. How many can there possibly be, right? And even though I’m using them as an example, I should note that: 1. I have no idea how they structure their marketing division. 2. Any claims about their manufacturing division are purely conjectural. and 3. I’m ordering a new hat as soon as I get my next paycheck.
4 Obviously.