Choice: Giving customers too much of a good thing online | Brafton 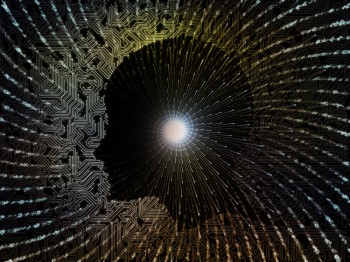 In our latest ebook, “A Marketer’s Guide to UX: The ‘Invisible Elements That Fuel Success,” we explored how a website’s design, form and function affect the number of visitors who stick around to complete goals. What makes UX such an important subject is that it’s recently become more complex.

Twenty years ago, futurists were already trying to figure out what life in an online world would be like. Some of them, like author Michael Heim, assumed we’d all be living in a digital matrix, but their concerns about frames of reference, content and choice are now strikingly relevant.

Already, in the electric element, the need for stable channels of content and reliable processes of choice grows urgent. […] Cyberspace without carefully laid channels of choice may become a waste of space.

We don’t live in an immersive online reality yet (although Google Glass gives us a hint of where tech companies would like to go), but even though we’ve managed to confine cyberspace to screens on our desks or in the palms of our hands, some of the challenges futurologists worried about have come to pass.

The modern web needs to follow physical rules of design, information architecture and usability, just like a virtual world might. But there’s also the issue of choice. In both an immersive digital reality and today’s internet, how will you ever be able to make a choice if you can do anything, click anywhere and look at it all? This is an important hidden element of UX, and one that will impact all content marketing campaigns.

Marketing in the Matrix

The question of choice in marketing has its roots in the offline world. Susan Broniarczyk, a professor of marketing at UT Austin’s McCombs School of Business, first identified the phenomenon in her 2005 paper, “The deleterious effects of living in consumer hyperchoice.” She identified purchasing paralysis as the consequence of:

When faced with this reality, many consumers simply stop shopping for items altogether. But don’t customers say, time and again, that choice and variety are one of the most important attributes a business can have?

Part of the issue may come down to a principle researcher Barry Schwartz describes in “The Tyranny of Choice.” He breaks down most consumers into two groups:

Part of the problem may lie in the fact that people don’t want to admit that they’re Satisfiers. The internet supposedly empowers people to make smart buying choices, so when asked, of course they’re going to say they’re skilled shoppers. But it may be true that ecommerce and online marketing are at their best when they save people time, rather than money.

You can’t choose your way out of a jam

With fewer choices and more design clarity, your traffic might be lighter, but it would lead to more purchases.

Think about these figures in terms of web traffic and goal completion. With fewer choices and more design clarity, your traffic might be lighter, but it would lead to more purchases.

UX: When not choosing is a chore

So what can marketers do? Here are some ways to carefully curate a web page to ensure it isn’t so open-ended that customers flee en masse. Websites should be visually clean, meaning that colors don’t clash, text is easy to read and all elements follow a clear optical hierarchy.

Don’t include a link to every part of a site from the homepage, or a landing page for that matter. It’s estimated that modern humans in industrialized society make more than 70 important choices every day – so try not to give customers too many more of them. Make it obvious where they should click, and limit the number of elements that are actually hyperlinks.

According to a study by Stanford University, the closer people are to the conclusion of a task, the more choices will derail them. If there are options on a website, they should appear earlier in the purchasing or goal-completion process. For instance, don’t make consumers fill out half a dozen forms on separate pages just before a transaction is complete.

A study of workplace retirement plans found that when employees were asked to make choices before plans took effect, only 9 percent ended up participating. However, when workers were allowed to opt-in with default settings in place, participation shot up to 24 percent.

If you want or need to make options available, you don’t have to make it a requirement. Instead, let the Maximizers make additional decisions while the Satisfiers simply click ‘OK.’

Digital UX: Only on screens…for now

We’re still a long way off from spending all of our time in an immersive digital simulation, Google Glass and the Oculus Rift notwithstanding. But even if we lived in a cyberpunk dystopia where it was impossible to tell when existence begins and virtual reality ends, the same rules would still apply: Visual design has to make sense, information needs to be organized and functions must work.

And too much choice is no choice at all.