March is the soggy sandwich of months, wedged between February (Tuesday of the year) and April (the month where you finally start doing things outside again only to be sucked back in because Game of Thrones).

But at least you have college hoops. And as an added bonus, our old pal Punxsutawney Phil predicted an early spring. This means those of you willing to put your faith in a groundhog can rest assured that, no, more winter is not coming (GoT Season 8 be darned).

Of course all of that pales in comparison to the one thing you really care about: content marketing and SEO updates.

A few weeks back, Google announced the release of a new broadcore algorithm, but gave very little in the way of details. Pressed for more information, Google told Search Engine Land that “this was a noticeable update” but that it was “far from being the biggest update Google has ever done.”

Clear things up for you?

This week we learned a little bit more. Here’s what we know, followed by a few other highlights from the week that was:

Search Engine Land’s valiant efforts to bring clarity to the broadcore algorithm were largely inconclusive, but they shed some light on a few things.

Curiously, many sites that were negatively affected by an August 2018 algorithm were positively affected by the March 2019 update, and vice versa. This is hardly a smoking gun aimed at a reversal of the earlier update, but it’s interesting.

As for steps that may have improved the lower rankings, the results were all over the place. The closest thing there was to a consensus about what fixes worked was “improved content,” which would make some sense considering broadcore algorithms typically focus on helping Google better understand the meaning of content. 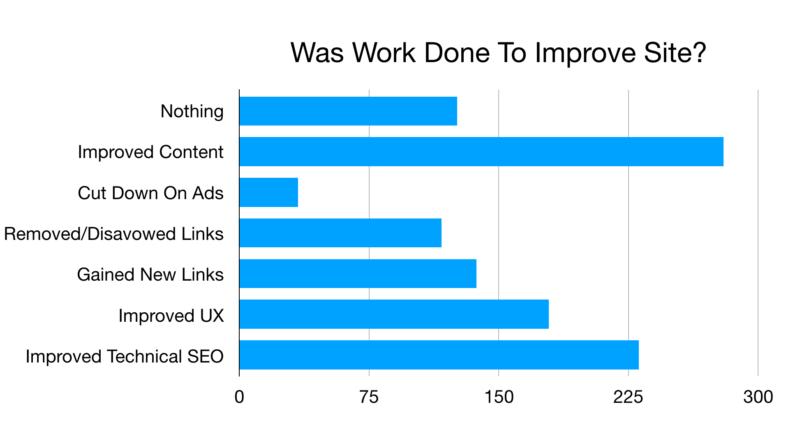 But really, as with prior Google broadcore algorithms, we can’t look behind the curtain. For now, the best course of action is to continue employing tried and true best practices.

Moving on to a few other happenings this week …

Search Engine Journal’s Roger Montii recently spoke with Bill Slawski, the leading expert on Google’s SEO patents. The topic of discussion was a curious patent that would allow Google to analyze the text surrounding your anchor text. 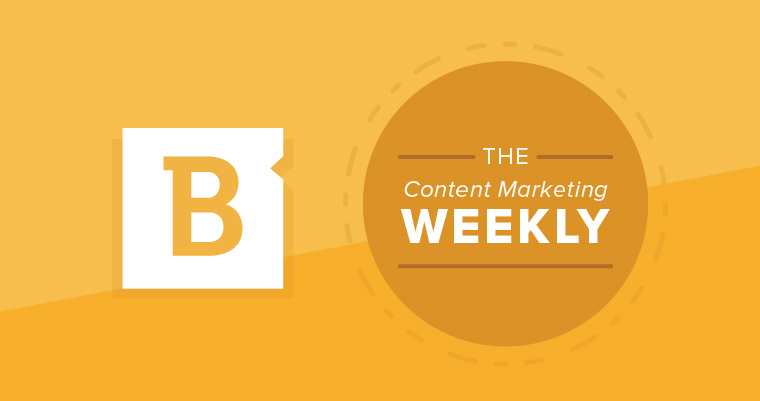 Nevertheless, Slawski expressed his confidence that the search engine is already using said algorithm. He calls the text surrounding anchor text “annotation text.” The idea here is that Google can use it to better understand the context of links.

If this is all gibberish to you, you can acclimate yourself to the world of anchor text by checking out our own article on the subject.

Once you’ve done that, read the full post on Google’s patent at Search Engine Journal.

In case you missed it last week, a brand new in-app checkout feature makes it possible for users to make purchases without leaving Instagram. As of this writing, you can buy from 23 brands, including Adidas, Burberry, Dior and MAC Cosmetics.

This is a big deal for marketers in the e-commerce space, since it can, “dramatically shorten the journey from product discovery to purchase.”

It also makes us wonder what kind of juice this might pump into the already juiced-up influencer-marketing economy (for better or worse). For example, being able to purchase Zion Williamson’s sneakers by clicking on an Instagram photo certainly puts a premium on that type of marketing (especially this time of year).

The dark side of this (besides the fact that Williamson isn’t allowed to get paid for endorsements as a college athlete) is that it might displease some users.

Instagram, owned by Facebook, used to be a place where people went to simultaneously feel better and worse about their lives, largely unencumbered by marketing ploys. This has changed since the early 2010s, and a new in-app purchase feature may just be the dagger.

Which brings us to the point: Did Instagram just dive headfirst into a commercial cesspool from which there is no resurfacing? Or is this truly a brilliant strategy that will reap huge dividends? Also, what kind of impact, if any, could this have on marketers attempting to use the platform organically?

All questions we hope to answer in future editions of The Content Marketing Weekly.

For now, you can check out Marketing Land’s coverage here.