In 1996, Taco Bell convinced a bunch of people, including several U.S. senators, that it had purchased the Liberty Bell to alleviate national debt. It was to be renamed “The Taco Liberty Bell.”

Go back a little further to 1957. The BBC published a report about a particularly fruitful “spaghetti harvest” in Switzerland. They even created a video of Swiss spaghetti farmers picking noodles from trees.

But the earliest April Fools’ hoax on record was a case of false marketing from 1698. An event called “the washing of the lions” was advertised at the Tower of London. Of course, there were no lions in the Tower of London, but that didn’t stop people from showing up. Londoners thought it was so funny that they continued the joke subsequent years to trick out-of-towners.

Fast-forward to 2019. Today’s brands see April Fools’ as an opportunity to get recognition with silly stunts, and it often works. Other marketers are wary of the tomfoolery. They’d rather not take on a funny tone one day of the year, waste their audience’s time with fake news or risk serious confusion with a joke that doesn’t land.

Rest assured, we have no intention of belatedly pranking you. Though we did think a roundup of some of 2019’s best stunts was in order. So, we open this edition of The Content Marketing Weekly with a piece from Fortune:

The headline speaks for itself, but here a few standouts off the top:

Pickle lovers, it’s the news you’ve all been waiting for. We’re super stoked to announce the launch of our brand new McPickle Burger. It’s time to tuck into juicy, flavoursome pickles layered between melted cheese, ketchup sauce and toasted sesame seed buns. It’s sure to be a treat for all your senses. #dailynuggets #mcpickle #pickleoverload #maccas #imlovinit

Turns out a lot of people were actually looking forward to this pickle-only sandwich. Looks like the joke’s on you, McDonald’s.

When Google Announced Gmail, It Was Brushed Off as an April Fools’ Joke

Fun fact: A feature-rich, powerful email platform with a gigabyte’s worth of storage (compared to Hotmail and Yahoo’s then 2 to 4 megabytes) was too much for the people of April 1, 2004 to wrap their heads around.

As we all know, Gmail was not a joke, and is now the world’s most popular email service provider. It makes us wonder if Google was aware of just how powerful its new email platform was, and specifically chose April 1 for its limited test run as some sort of multi-layered joke.

Read more about this one at The Washington Post. 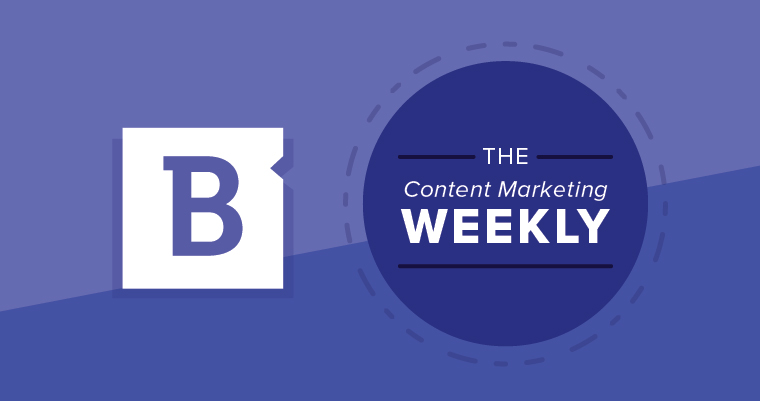 How SEJ Grew From 910K to 1.9 Million Pageviews

Let’s sidestep spring shenanigans for a second, and focus on how Search Engine Journal increased its pageviews by, of all things, removing content from its site.

The idea, at least in theory, is that old, unoptimized and/or non-useful web pages that are still indexed by Google may hurt your site authority. Search Engine Journal spent 20 months putting this notion to the test by auditing and evaluating existing content and then deciding whether to keep it, update it, rewrite it or de-index it.

The result: The same number of pages is now responsible for twice as many pageviews.

Granted, it’s hard to know what’s causation and what’s correlation here, but SEJ’s efforts certainly put “index bloat” back on our radar. If nothing else, it’s a solid reminder to perform regular website audits to identify factors that may be influencing your ranking (including pages that were optimized for Google at a time when its algorithms worked very differently).

Read the full article to learn more about the steps SEJ took (as well as potential pitfalls to avoid).

We close out with some news about voice-based commerce.

Earlier this week, TechCrunch reported on Walmart Voice Order, a new partnership between Walmart and Google that lets shoppers order groceries through any Google Assistant-powered platforms.

Walmart customers in select areas will soon be able to use Google’s voice technology to create verbal shopping lists and, when they’re ready, place an order to a store or to their house. Think of it as a competitor to Amazon’s voice integration with Whole Foods.

The news coincides with a point made in a recent Search Engine Land article: Voice as a channel (including search) is growing, but voice commerce has stayed relatively flat. Even before the start of the year, pundits pondered over whether 2019 will be the year voice commerce catches up.

Obviously the jury’s still out, but Google and Walmart’s collaboration does seem like a step forward for voice commerce.

Read TechCrunch’s coverage of the new partnership here, and be sure to catch up with us next week for more of the latest.