Sometimes, you have to stop and give credit where credit is due, and the folks at Nintendo sure do deserve some recognition right now. The launch of the augmented reality app Pokemon Go has been a huge success, leading to more than 15 million downloads and increased market value by nearly 60 percent in just one week. In effect, Nintendo has created an incredibly impressive demand generation tool that has helped to reignite the Pokemon craze once again.

The first step to create a successful marketing campaign is to build a buzz around your product or service. The dream is to have an asset “go viral,” much in the same way that Pokemon Go’s popularity has spread across the country like an infectious disease. Luckily, the latest craze to sweep the nation has some strong marketing insights that can be gleaned from its sharp rise to fame.

Build it and they will come

Simply put, great content works, and the success of Pokemon Go is a clear indication that when companies invest the time, energy and money into producing something that’s truly creative, there are higher payoffs than if they stick solely to best practices. Niantic Labs, the company that partnered with Nintendo to produce the game, did very little advertising to promote the game prior to the launch. As a matter of fact, according to AdAge, Niantic didn’t do much more than tweet that the game was available in the U.S., Australia and New Zealand and follow up with a few retweets.

Break out the sneakers and Poké Balls! #PokemonGO is now available in the US, Aus and NZ! pic.twitter.com/2wpL88LSIb

Seeing as Pokemon Go is a free game to download and play, the inherent value for Nintendo is the popularity that the app is building around the brand. Much in the same way that successful demand generation tools work, Pokemon Go has positioned Nintendo for increased sales of Pokemon merchandising. News outlets are reporting that Niantic Labs has already partnered with McDonald’s and might even have a movie deal in the works.

The Pokemon that I grew up with lived on my Game Boy, in the television and on trading cards. Much like a typical business can produce and repurpose assets into new ones, Nintendo repurposed the existing content that they had created over two decades ago to fit a modern market. By leveraging their existing content that fans had come to know and love, Nintendo was able to reignite the interest of a captive audience to fuel sales.

Nintendo could have invested time and energy into creating an entirely new brand for the launch of this augmented reality game. Choosing to do that, however, would have required additional resources at every step of the way from creating characters to promoting them and building interest. By leveraging an existing asset that had already proven itself to be valuable, Nintendo was able to skip these steps, which resulted in saved time and money as well as a higher rate of success thanks to all their earlier efforts.

Augmented reality is on the rise

If I had to pin down one solitary reason why Pokemon Go has had such a rapid increase in popularity, it would be because of the clever use of augmented reality. As society gets increasingly technologically advanced, I suspect that we’re going to see increased attempts to superimpose CGI into “the real world.”

In the past, we’ve argued that Snapchat is on the rise and other social networks will start to emulate it as it continues to grow in popularity. Snapchat has already been playing with augmented reality technology with the filters that they allow users to overlay on their faces. The immense growth in popularity of both Snapchat and Pokemon Go shows us that the innovation provided by augmented reality is resonating with the evolving tastes of consumers.

My take on Pokemon Go

I downloaded the app when it launched and I

have to be honest – I am still confused about exactly what I am supposed to do. To my dismay, the app constantly freezes right after I catch a Pokemon, loses my GPS location often and doesn’t provide much guidance on how to play the game. With all that taken into account, I still open it for my daily walk to and from the train and am not ashamed to admit that I’ve seen more parts of my neighborhood than I have in the past year while tracking down nearby Pokemon and I even caught a Rattata in the office while writing this piece. 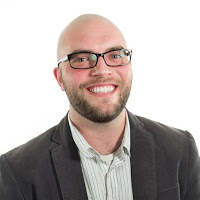 Optimize your lead generation through CTA marketing. Read on to see actual examples of CTAs that work.