Content marketing is visual marketing. This holds true regardless of the medium, from company websites to social media profiles.

As survey data from Social Media Examiner illustrated, a majority of marketers agree. Visual marketing took home the No. 2 spot for most important type of content according to marketing professionals. Blogging beat it by only one percentage point.

However, when only accounting for responses from business-to-consumer marketers, visual content easily won out over blogging, 42 percent to 33 percent.

When you consider that the human attention span is now less than that of a goldfish, the importance of media that quickly captures and engages prospective customers becomes clear. 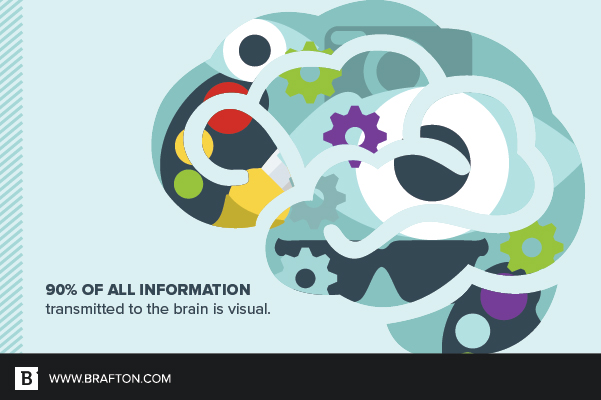 While media usage on social networks is certainly a necessity, the trick is understanding how different types perform best on each platform.

Your first step is knowing who is using each social network, as well as what media capabilities the different platforms support.

Take Facebook for example, the clear leader in B2C social engagement. Facebook audiences tend to prefer personality over professionalism, making it the ideal spot to invest in fun or humorous visual content. That said, there’s often significant overlap between the major players in the social space.

Meanwhile, the value of video on social is clear. Data from Wyzowl showed:

In addition to video’s inherent ability to hold audience attention, it’s an excellent way to break up the monotony of social posts consumers have come to expect.

“Links do not have to be included in everything,” Allie said. “People are often pushing links so much that when an image or video comes across their feed, it’s a good break from all those words.”

Just make sure you keep your videos short and sweet.

“Users have a small attention span on social,” Allie continued. “If you have a longer video, cut it shorter to share on social networks. Between 15 and 45 seconds is usually best. Explainer videos can be on the longer side, while more creative-focused videos should be on the shorter side.” 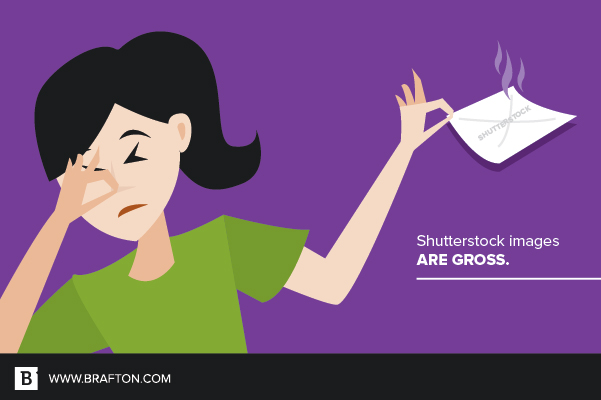 Originality for the win

Just as with written content marketing, quality must win out over quantity with visual media. Or, as Allie succinctly put it: “Shutterstock images are gross.”

Stock imagery is dead, and we all helped kill it.

We found success for one of our clients by replacing stock pictures with custom images. After three months and 15 articles using the new strategy, five of the client’s 12 top-performing articles (out of 180) featured custom images. In fact, those five articles drove 14 percent of all traffic to the client’s website.

Of course, when it comes to creating custom visuals, not just any original image will do.

“Make sure your images match your branding,” Allie said. “The call to action on your image or video needs to match the CTA you’re using in your blog text and landing pages.”

It’s also essential to ensure images are sized correctly for each platform, as the ideal size varies between networks. Sprout Social has a regularly updated list of social network image guidelines that you may want to bookmark for reference.

Finally, don’t just replace stock photography with custom images and call it a day. A/B test different image styles. Find out what your targeted audience responds to. Zero in on the visuals that resonate.

Human beings are visual creatures. It’s estimated that 90 percent of all information transmitted to the brain is visual, which is processed 60 thousand times faster than text. If you and your brand aren’t taking advantage of media on social, you’re not just missing out, you’re fighting how your customers are hardwired.