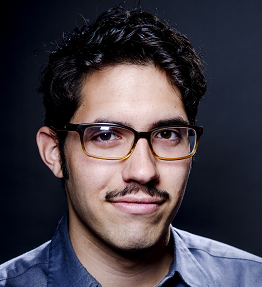 Max was fresh out of college when he started at Brafton. We’re talking extremely fresh – he interviewed for the job the day after he graduated from Boston College.

It’s been more than a year since that fateful day when Max joined our social media team, but his next transition is bound to be even bigger: In just a few weeks, Max will be heading down to Australia to join the team of content marketing strategists at our sister company, Castleford.

Max has excelled at Brafton, so we know he’s up for the challenge. Max’s duties as a social media strategist, which included in depth analytics reporting, creating strategies and writing social copy, have helped pave the way to make him a strong content manager in Australia.

And as a literary critic and fiction writer at Boston College, Max has certainly put his word prowess to good use not only for clients, but also on Brafton.com’s blog.

“I’m no Hemmingway, but Twitter forces one to master word economy,” he said. “And I grew a lot in terms of blogging, too.” (We think so, too! Check out Max’s Brafton blog posts)

While we’ll miss Max, his ability to reply to an email with a magnificent GIF almost instantly and that trademark mustache, we’re excited for the adventures that await down under.

“Because of the nature of a content marketing firm – a place with a lot of moving parts, shared clients and contact between departments – I’ve had the pleasure of meeting and working with some great people,” he said. “I’ll miss Boston, too, but traveling is one of my dreams, so it won’t be a bad breakup.”

Learn more about Max in our Brafton Q&A:

When I was a kid I wanted to be a marine biologist. I loved (and still love) fishing and I guess I just wanted to learn more about fish. It’s funny because when I was young, I was pretty scared of murky water/open ocean/getting attacked by a shark. Australia is a great place for that, so [continue in Steve Irwin voice] WooHoo!

You have to know what you like and do it. Define success with happiness, not money or anything else.

I like the ability to be creative. I suppose that means flexibility.

At any given time in my life since I was five years old, I guess my glasses have been the thing that’s really important to me … but do I treasure them? I dunno – maybe I just take them for granted. I lost the coolest pair I ever owned. It was 2nd grade. They were teal and black camo patterned. Max and Bob duked it out for the Social Media Madness championship in March.

Can’t really answer this one – it changes!

I think social media, and the digital space for that matter, is one of the coolest industries to be working in because it’s constantly changing and you have to adapt to it. I’ve said it before: There’s no such thing as a social media guru – what you know one day could be invalid the next at the pace things change.

The hipster in me also likes being plugged in to the varied industries of my client base. It’s great for cocktail conversation to be able to talk half-knowledgeably about solar, or stock trading, or outdoors gear, or se … blah blah blah, have I bored you yet?

Every time I throw the towel in on all you can eat sushi, I feel pretty accomplished.

I was an Eagle Scout, so I’m pretty handy in the outdoors. If you need to make a fire, shelter, snare, w/e in the wild – give me a call.

This is a toughie. I’ll cop out and say that I aspire to be a blend of Sherlock Holmes and Watson. The deductive genius and the quintessential gentleman. My favorite TV Holmes interpretation is, “The Adventures of Sherlock Holmes,” with Jeremy Brett that ran from 1984-94.

Our social media team is hiring! Check out our career openings.

Check out more about our sister agency in Australia .