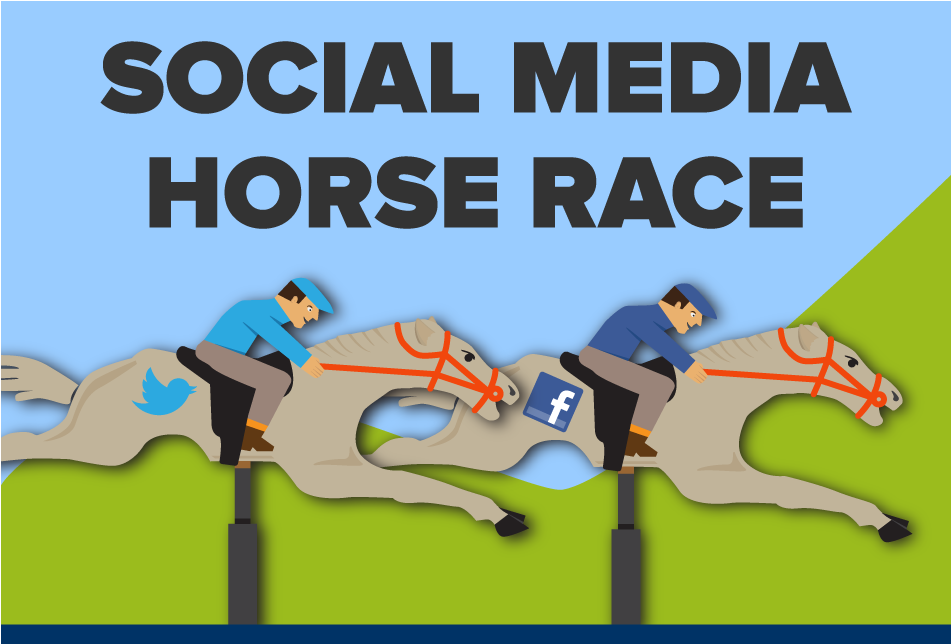 Social media network growth has burst out of the gate, and brands that understand the nuances of each platform have greater opportunities for lead generation. According to The Content Marketing Institute, 87 percent of B2B brands and 84 percent of B2C businesses use social media to engage audiences and distribute digital content to prospective and current customers. Marketers who want to win social marketing results have to assess which networks best appeal to their specific audiences, but clear insights on how the platforms stack up can help. Our latest infographic shows that the race is on to see which network claims social media marketing’s coveted Triple Crown of reach, adoption and performance in 2013.

Check out the full-size infographic here!

LinkedIn and Twitter might not reach as wide an audience as Facebook, but they both can certainly pack a punch when it comes to grabbing the attention of a niche audience. In December 2012, Twitter announced in true fashion via a Tweet that it had surpassed 200 million monthly active users, highlighting its continued growth over the years. Nearly a month later, LinkedIn reported that it had also reached 200 million monthly active users. These two networks offer their own internet marketing benefits: Twitter engages consumers in real-time, and LinkedIn serves an active professional community.

YouTube, while reaching more than 800 million monthly active users, typically gets put into a separate category from other social sites. The Google-owned network hasn’t always operated as a pure social hub, but as a media site where people consumed content, so YouTube must urgently catch up with the competition. Of course, YouTube shows the greatest potential for becoming a marketer’s best asset, with video marketing on the rise and visual media consumption at an all-time high. Check out Brafton’s infographic on how to optimize a YouTube channel for optimal reach and success here.

Google+ and Pinterest – two new services that continue to trudge forward – show that they can bring something of worth to the social media table. Google+ claims to reach approximately 135 million monthly global active users, but critics claim this number includes those internet users who log into their Gmail accounts and infrequently check their Google+ accounts. Pinterest, however, has a firm and growing member base. Forty million global monthly active users pin and share visual media on Pinterest, and marketers say this network compels internet users to react both online and offline.

Social media marketing: Where marketers placed their bets in 2012

When it comes to social media marketing adoption, Facebook wins again. The social giant has earned the trust of a staggering amount of organizations, with the next-best option – Twitter – leaps and bounds behind. The Content Marketing Institute evaluated the B2B and B2C social landscape to determine where marketers would invest their time and resources in 2012 and beyond. The source found that 90 percent of B2Cs and 80 percent of B2Bs use Facebook to engage their audiences. As our graphic clearly highlights, marketers are much slower to invest in other social outlets.

While the percentage of B2C organizations that generated leads through Facebook fell from 2011 to 2012, the social site still took top prize – again. The largest social media hub helps brands across all industries grab the attention of prospects more effectively than any other social media option…for now.

The race started out with six horses competing for top prize, but year-over-year data was only available for social media’s top three services: Facebook, Twitter and LinkedIn. According to Webmarketing123, the clear-cut winner – Facebook – helped 67 percent of B2Cs generate new leads in 2012 – a 6 percent year-over-year decline. Thirty-nine percent of B2Bs landed more leads via Facebook last year – up 4 percent from the previous year.

B2Cs using Twitter to generate leads saw a 3 percent year-over-year uptick in 2012, but B2Bs saw the volume of newly created leads drop 1 percent between 2012 and 2011. As for LinkedIn, B2Cs generated 9 percent more leads in 2012 through the service and B2Bs remained flat year-over-year.