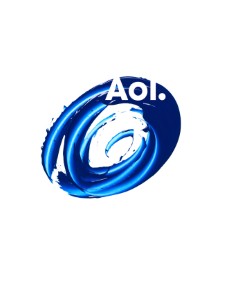 This week, Business Insider leaked AOL’s “master plan” indicating that the company is going to invigorate its approach to content this year. The AOL Way, as this strategy is called, is a game plan to produce search-friendly content and increase the overall frequency of web publications.

The plan is generating quite a bit of controversy, with people crying “content farm,” but before relegating AOL to the role of editorial spammer, it’s worth considering that SEO strategies are in place at some well-regarded online publications.

The company has also identified a plan for content generation processes, and each starts with looking for in-demand leads, with traffic potential serving as a major decision point. Some people have claimed this search-focused content production will automatically sacrifice readability.

But the 3.8 million* monthly readers of the Telegraph online might beg to differ. The Telegraph is a respected U.K. newspaper, and last month PaidContent.org wrote a piece on how the paper writes to search trends.

Then there’s Yahoo’s news blog, The Upshot. As Brafton reported last summer, The Upshot launched in July of 2010, and it uses search trends to direct news coverage. When that site first launched, several content purists cried foul, but James Pitaro, vice president of Yahoo Media, revealed that the search approach wasn’t new for the company. He told The New York Times that Yahoo has seen success and quality coverage for years using a search-driven editorial process.

He referenced an incident after the 2008 Olympics, when consumers were searching for info on why divers take showers after they exit the pool. Pitaro explained Yahoo’s writers did a little research and wrote a piece about it. The resulting article both answered consumers’ query (for the record, the water keeps muscles limber) and drove traffic to Yahoo News.

Editorial integrity with an SEO mindset

As long as editorial quality is maintained, offering search-driven content is a credible way to become a thought leader, attract traffic and boost a brand. And the news coverage calling AOL “broken and desperate” or declaring that its writers are merely “content robots” seems to neglect a point on AOL’s day-to-day content generation process slide labeled “Editorial Integrity.”

Under its Editorial Integrity parameters, AOL reminds writers they should be producing “high-quality content at scale.” It instructs them to ask themselves, “Will this content conform to AOL’s editorial standards?” Also, before publishing, writers must work with their “Town’s Standards Editor to make sure all content is up to par.”

People have made jokes about “The AOL Way” having the audacity to mirror the title of “The Bloomberg Way” – a respected set of guidelines for business news reporters. A piece about the Bloomberg Way published by the International Journalists’ Network identifies a key tenet of The Bloomberg Way as follows:

Persistent in our pursuit of information as it relates to shareholders, bondholders and folks who have deposits at banks.

We might say this is The Bloomberg Way’s tenet of relevancy.

Search trends can be regarded as an indication of relevancy. People want to learn about what they are searching for online – it’s news that is relevant to them. Of course, publishers must be sure that the trending information is relevant to their sites as well.

It would make no sense for a site dedicated to sustainable living to publish a piece about Katy Perry just because “Katy Perry” was a Google Trend – unless Perry was a trending search phrase because she recently renounced littering and changed all of her home lighting to LED bulbs.

However, when done the right way, creating content that meets search demand and is visible in search engines can show that a business is aware of what’s happening in the world. It might be regarded as a sign that a brand is a thought leader. When people were aggressively searching for information on the oil spill in the Gulf of Mexico last summer, environmentally oriented websites arguably should have been writing about the event to show that their organizations took a position.

AOL’s SEO content strategy is more pervasive in the general news space than people might think, and it could be a strategy that other websites can use in a legitimate way to bring traffic to their sites. The key is willingness to invest time and research into producing search-friendly content that makes a good read.

Don’t take our word for it? Well, here’s what The New York Times’ chief search strategist told SEOmoz, with reference to the goal of Define Search – a division of the New York Times that offers website consulting:

Once you marry the editorial process with sound search marketing fundamentals, you can create an ongoing procedure that’s truly sustainable.

He goes on to say:

Ultimately, conveying the practice of writing for both users and the engines is our biggest obstacle … Search puts an increased demand on publishers to understand their readers at a much more intimate level if they really want to reach that audience and encourage a high level of engagement.

Search-driven content can be a win-win when done right, meeting consumer demand while drawing traffic to a site.

Just remember, the end goal isn’t getting people to your site, it’s engaging them when they’re there. Search-friendly content of a high editorial caliber can be the means to achieving this – for AOL and other sites.

*The number of monthly online Telegraph readers was calculated by finding the average number of web visitors per month for the past year, with traffic numbers available on Compete’s website.