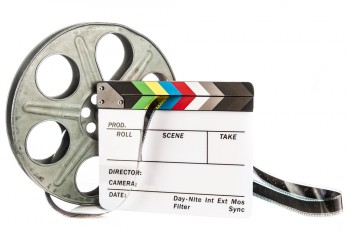 One of the most challenging parts of creating video content is keeping a focus on the length of the final product.

If you have many ideas for the subject, there is a great deal of content which could be included in a first draft of the script without seeming too heavy. And then there’s the second draft of the script – where you try to actually include everything – and it starts to seem like a novel.

That’s why you need to strike a balance between content and length. Here are a few things to consider when you’re bringing a video marketing concept to life.

While this post will definitely go against my own advice here, you need to keep video content – by and large – on the shorter end of things. Why? Because people only have so much time to spend watching your videos.

They may click on your link, see the video is four and a half minutes, and think “I don’t have that much time right now, I’ll come back to it later,” – and you know how that ends. Or even if they do start watching it, they may lose attention halfway through. They have no vested interest in you. But if it’s just 90 seconds, you stand a much better chance of turning those viewers into a conversions – because they’re already on your site.

So how long is too long? Last year, Wistia conducted a study that found that 85 percent of video viewers watched an entire 30-second video, but just 50 percent made it all the way through a 2-minute video. Attention span continued to drop further as the video length extended.

Helpful tip – If you’re writing a script and you’re not sure how long it is, just look at the word count and use a calculator. Estimate that you’ll end up with a final length of 2-3 words per second (or 120-180 words per minute). We just did an internal review of our recent animations and found we were averaging about 2.4 words per second. Using these calculations, a script in the 180 to 270 range would put you in that sweet spot.

That’s not to say you can’t make anything longer than 2 minutes. It just needs to be carefully considered, and weighted based on the type of content you’re producing.

If it’s broadcast, one word can make a difference Finally, if you’re doing broadcast video spots, you have a whole new set of rules. That 30-second TV ad needs to be EXACTLY 30 seconds. Not 32 seconds, not even 30 and a half seconds. It needs to be precisely 0:30:00 – so even one or two words can make a difference.

Can you do a slightly faster read of the script to make up for it? Maybe. But there’s a point where it’s just too much content in too little time. And no one wants to sound like their video is being read by one of those radio ad guys speeding through the fine print.

In the end, you need to really consider length as a critical part of your video strategy. Resist the urge to cram everything into each and every video script, because it’s not helpful. Remember that you don’t need to answer every question your customers have in one video. Your landing page copy, white papers and even your sales team still play critical roles. It’s video’s job to support them.