A long time ago (2014) in a galaxy far, far away (Chicago), Cassidy Wilson fulfilled her destiny (became an intern at Brafton) and ultimately helped bring balance to the Force (moving from Content Writer to Social Media Strategist).

While she was never a moisture farmer on the desert planet Tatooine, she did spend time in Texas. And although she now wields a Twitter account instead of a lightsaber, her meme skills show she has earned the title of “master.”

But before we dive into Cassidy’s day-to-day life as a social media maven, we must travel back to where it all began. The prequel, if you will. 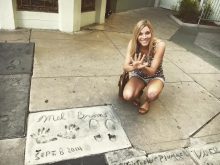 From Army brat to Brafton writer

Cassidy’s earliest years were spent regularly pulling up stakes. Her dad was in the Army, which meant her family moved around a lot. She spent time in both Germany and Texas, but got to enjoy her “awkward formative years” in Iowa.

However, she knew military life wasn’t for her long before she took in the wondrous sights of America’s Corn Belt.

“I always wanted to be a writer,” Cassidy said. “For a short while I also wanted to be a comedian. But I’m, like, the least funny person in my family.”

That’s saying something, because Cassidy is known for her humor around Brafton’s Chicago office. That, and her intense obsession with all things Star Wars.

While she gravitated toward teaching English during her time at Marquette University in Milwaukee, she found herself second-guessing whether life in front of a chalkboard was right for her. She decided to give her writing dream a shot.

“I spent four or five months living as an au pair in Prague after graduation,” she said. “I was applying to a ton of places in the U.S., waiting for something to bite. Then I got an internship at Brafton.”

While she wasn’t pulling in a paycheck as an intern, it got her foot in the door. When she was offered a full-time position, she was ecstatic.

“I was on a bus and hugged the stranger next to me and started crying because I was so happy,” she remembered.

Cassidy eventually joined the Finance and Industry Editorial team in our Chicago office as a Content Writer.

“It was fun to learn about things you should know as an adult but don’t,” she said with a laugh. “I spent a lot of time learning about mortgages, what it means to buy a house, why your credit score is important.”

In addition to learning the ins and outs of finance, Cassidy quickly developed bonds with her colleagues. It’s those bonds she now exploits each holiday season with her epic poems reminding Chicago Braftonites to donate to Children’s Home + Aid, a child and family service agency in Illinois that donates presents to families in need come Christmastime.

“I love writing those long, obnoxious emails,” she said. “The best way to get to people is to rewrite 15 different Christmas songs and jingles.”

“One thing I always had an issue with was, I never knew how what I was creating was doing,” she said. “You don’t really track performance as a writer, to see how it’s doing on the back end. That’s a strategist’s job. And that was something I did want to do. So switching over to Social Media was kind of motivated by that. It gave me a chance to experiment with my ideas and the copy a bit more, and see how that impacts my performance and the performance of a particular post.” 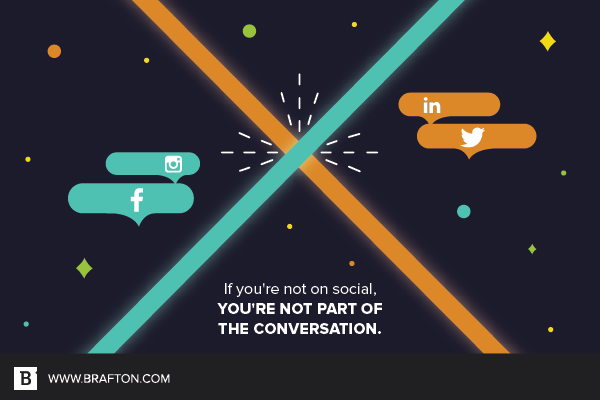 Life on the social scene

While every day is different, Cassidy’s primary job as a Social Media Strategist is creating content to post on behalf of clients.

“Each client strategy will vary based on spend and what that client has on their website, or whether they want to share industry news,” she said. “A lot of times, I’ll start my day off checking the calendar, planning out when I’m going to be posting and when I’m going to be checking analytics. I might have one client who I don’t necessarily post for, but instead do social outreach for, which entails engaging with influencers in their industry, whether it’s sending a direct message or tagging them in a Tweet about something we’re doing or an asset they would be interested in. That’s also given me the opportunity as a strategist to see what the biggest thought leaders are talking about.”

That insight is passed on to Brafton’s writers, helping them understand the topics and angles they should be covering for their clients.

“Next, I might have an ad I have to run for a specific client, so I’ll create the copy, figure out the type of image that should be used, decide whether we need a photograph or original design,” Cassidy continued. “I might have a report that’s due where I look at how a strategy’s been performing, then break it down to see what could be better, what’s really working and what I should do next. I try to check in on general data points and specific metrics throughout the month and throughout each quarter to check the pulse of performance.” 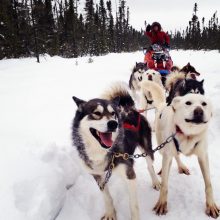 Besides her daily duties, much of Cassidy’s time is spent boning up on new developments.

“With social, there’s always something changing,” she said. “I think you’ll find a lot of people who work in social are spending time reading articles about the industry, participating in webinars and researching new marketing techniques across different platforms.”

Constant change can be a challenge. For instance, what’s acceptable to include in a Facebook advertisement can change suddenly, and with the heavy monitoring the social media giant does, social strategists may find themselves heading back to the drawing board at a moment’s notice.

“It’s an interesting game you have to play,” Cassidy said. “You have to make sure the copy you write is not somehow misinterpreted by, essentially, a machine.”

Besides battling droids, er, I mean, machines, Cassidy is laser-focused on making sure her clients remain a part of the constant conversation taking place on social media.

“Social plays several different roles, but the biggest one is, it’s the stage your content performs and plays on,” she said. “It allows you to be part of a conversation that’s important in your industry. If you’re not on social, you’re not part of the conversation. You’re not getting more insight into what people are interested in. You’re not fully reaching your target audience.”

By working with Brafton Social Media Strategists, clients can count on someone not only posting for them, but monitoring performance, outlining how it translates to various engagement metrics, such as leads and conversions.

Of course, creativity is just as essential as analytics.

“Within social, you get to experiment a lot more with tone and style,” Cassidy said. “You can take advantage of different things that are going on and use that. I love, love, love Star Wars. One of my clients does aerial images. They were getting a ton of publicity for their aerial shots of Disney’s Star Wars Land. This was around the time the name of the new Star Wars movie came out. I did one Tweet in the voice of Yoda.”

The force is strong with the professionals behind the #construction of #StarWars land. Captured some impressive progress, we did. pic.twitter.com/9ERm7COAyE

For anyone interested in a social media job, Cassidy recommended immersion in the industry.

“Find out what you want to learn more about,” she said. “Find out what the new trends are. That’s a huge part of the job – staying up to date with things that are constantly changing.”

As Yoda might tweet: “Do or do not, there is no try.” As it is in space, so it is in social media marketing.