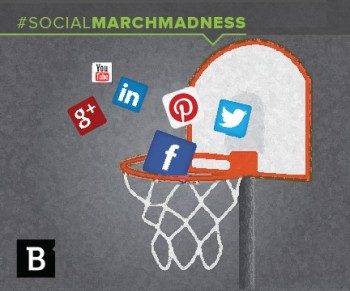 Why Twitter Is the Conqueror of the Social Media Marketing Landscape It is difficult to usher in the victory of Twitter as the best social network for marketers in conventional language because of the gravity with which the network defeats its opponents. To give due diligence to Twitter’s epic conquest of the social media landscape, and correctly set the tone, I open as Caesar did in his Gaelic Wars:

Social Media is, as a whole, divided into 8 parts:  Facebook, Google+, Instagram, LinkedIn, Pinterest, Snapchat, Twitter, and Youtube. All these differ from each other in language, customs,and laws. Differing conditions offer marketers specific advantages network to network, but the state of affairs within Twitter is one that grants the most fruitful field for the marketer to plow. Here’s why:

Twitter is easy to use for viewing, posting,and interacting—the triumvirate of user experience. Further, these actions are facilitated by the culture of Twitter, which promotes frequency in all categories. Brands can post more here than on any other network without appearing to berate or spam their audiences. Audiences on the network have a sharing mentality, and sharing is fast and painless. And it’s not just for the big guys: 79% of Twitter users use the network to follow SMBs.

You’re not limited to specific content types, either: The more the merrier! Pictures, videos, text, slideshares: All can and do make their homes on Twitter, which is more than you can say for many other networks, which, if they don’t prohibit, prefer certain content types. I started using GIFs for client interactions on Twitter and saw a huge boost in engagement.

Twitter naysayers will posit that the network is crowded with empty accounts and corporate interests, but only about 5 percent of Twitter accounts are spam. Further, Twitter is unquestionably the best social network for engaging with REAL people and in REAL conversations. Audience targeting and hashtags actually work to get your posts in front of the right eyes. This allows for expedited brand customer service and live interaction/TwitterChats.

Here, algorithms don’t judge your Posts and determine who sees them, and people don’t have to follow you for you to engage with them. You will always reach your followers’ feeds on Twitter—this should be a given, that is, if you think the internet should be free and posts should be judged on their own merit.

Legions of active users on Twitter (over 600,000,000) are dying to share good content. People want to be a part of popular posts to the point that they do the job for you by sharing. These engagements are even more important than you may think: Lots of shares validate content (think of the sharing tallies on blog pages) and improve SEO value (especially with the Hummingbird update).

The microblogging platform changed the meaning of buzz—your messages have the potential to explode. On August 3, 2013, following a showing of the movie “Castle in the Sky,” there were a record 143,199 tweets sent per second! Recently Ellen’s Oscar selfie went viral, but this post did, too – showing that if you post good content at the right time, you can get limitless eyes on your content matter who you are. It’s like the American dream!

News is broken first on Twitter. Monitoring and staying active on the network means being plugged into the most relevant trends and users that suggest the best content to you: The sun never sets on Twitter news.

It is easier to grow a relevant following on Twitter more so than on any other network. About one-third of Twitter users will follow back if followed. If you target the right people, those numbers increase greatly. On one targeted following effort, I followed about 150 Twitter profiles and gained 124 followers back in 1 day. Other networks almost force you to pay for reach and more followers, and they, in many cases, are not even relevant.

Like in a tight chain of command, people do what you ask of them on Twitter. Ask for retweets and you shall receive them. Now I ask you: will you vote for Twitter—the hero of social marketing?

Be sure to check out the other Final Four play-off, and pick between Google+ and LinkedIn. Implementing Facebook into a social strategy is a no-brainer: It’s an immensely-popular platform with a proven track record of increasing brands’ visibility and customer loyalty, while maintaining an easy-to-use interface that caters to growing trends and social media technology advancements.

Mark Zuckerberg and his team have built the ultimate social media machine that’s adaptive to a brand’s needs – with huge variety in terms of services it offers. From visual media and games, to a marketplace and conversations – the platform pretty much let’s you do it all with a flexible backbone meant to be molded into whatever a brand may dream up. One of its strengths is innovation – as evidenced by several high-profile acquisitions and application launches – making it a perfect choice to build a valued social presence that users look to for information, ideas and thought-provoking content long into the future.

Zuckerberg’s network has displayed an eager willingness to change its user experience according to market demands and rising trends – while establishing Facebook as an agent for disruptive innovation in its own right. One of the most highly-anticipated shifts in social media over the past year has been the increasing dominance of mobile platforms. Many users operate on an average of three devices daily – laptop, tablet and smartphone – and expect to continue social activities across each device interchangeably.

In response to this demand for mobile-optimized platforms, Facebook has developed an app rich with multimedia content that has proved an appealing companion to the desktop app – 78% of Facebook users access the page through a mobile device on a daily basis. Furthermore, the network has boosted its mobile marketing capabilities and recorded exponential growth in mobile advertising, positioning the platform as a trailblazer in the increasingly important mobile space.

Perhaps the most fundamental reason why brands should use Facebook is that it has over a billion monthly users. It’s considered the most ‘mainstream’ of the social networks, and there’s a high likelihood that among such a wide swath of people, your ideal customers are well-represented. While other networks have a much more youthful or niche attraction, demographically-speaking, Facebook covers all the bases. Wherever the network chooses to go in the future, it has captured the attention of a huge population of digital users, with people spending over 3.7 times more minutes on the platform than the next – Instagram.

Since Facebook is such a popular choice for users, it’s become a mecca for brands as well. Most likely, if a brand is not present on Facebook, its competitors are – and are capturing consumers’ valuable attention. If a brand chooses to forgo Facebook, it’s an opportunity lost that will inevitably be taken by someone else in the field.

One of the well-documented trends to have emerged from the Facebook HQ in the past year is a new algorithm that adjusts each page to the value it provides users – effectively rewarding creative, original content with more views. This development follows Google’s Hummingbird update, which rewards high-quality media as a key metric for SEO.

The similarity of the two updates demonstrates how Facebook is moving toward a searchable, comprehensive network where users can find high-quality news. One Brafton client saw a major increase in engagement that coincided with the rollout of this new system. As a valued publisher of engaging, high-quality posts, the page received far more visibility for the same content, reaching over 170% more people via desktop and an astounding 258% more in mobile traffic. The new algorithm suggests there’s a lot of room for success in this sphere of content marketing.

Read our other Final Four match, where Google+ and LinkedIn go head to head.