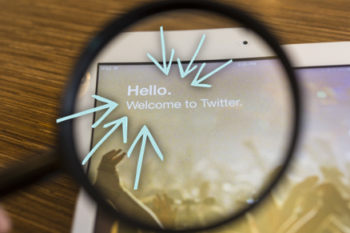 Twitter has announced the expansion of promoted posts’ reach, which now can be displayed on a logged-out Twitter experience. In a year marked by underperformance and membership stagnation, Twitter is looking to expand both its reach and revenue by introducing promoted content for the logged-out experience on its site. More than half of the people who view content on Twitter view it without logging in, and are often directed to the site from other sources.

Many sites have been placing promoted content in front of newcomers, but the practice is new to Twitter. While Twitter stands to increase its revenue from a wider audience base (Each logged-out user is worth an estimated $2.50 to Twitter, according to The Wall Street Journal.), as well as convert visitors to new users, this is an opportunity for marketers to:

Take advantage of the extended reach

Twitter’s 320 million monthly active users pale in comparison to the 500 million monthly logged-out viewers, and the potential 1.17 billion Google re-direct viewers. Here are our five tips for making the most out of your promoted content on Twitter, now that it is available to an increasing amount of non-Twitterers:

1. Target your ad creative to people who have never used Twitter before.

Effective ad creative will use language that will be engaging to non-users who stumble upon the ad by clicking through on Google listings. The simpler the phrases and the cleaner the graphics, the more likely a user unfamiliar to the network is to make their first click to the site. With Twitter’s learning curve being steeper than other networks, Twitter has been incrementally making changes to its interface to simplify it and help increase its appeal and growth rate (Remember when Twitter changed the ambiguous ★ button to the more familiar ❤ button last month?).

Your promoted content will need to hold a user’s attention after they discover it. While the targeting options for non-logged in users are less dynamic than for active members, the promoted tweets rely on context, including pages users recently browsed. Design your ad to offer something valuable, helpful or entertaining and keep the ad creative direct with clear call-to-action buttons to drive traffic and conversions as quickly and friction-free as possible. An example of Twitter’s embedded promoted posts on affiliate sites, like Flipboard and Yahoo.

Focus your promoted tweets around website clicks and video views. As Twitter’s new ads initiative develops, it is only optimized for conversions of this type so far.

Create your promoted content with Twitter partner sites in mind. Earlier in 2015, Twitter unveiled its cross-network display of tweets on a variety of partner sites that are capable of embedding tweets. With Twitter’s update in its ad display, your challenge is to streamline your promoted tweets to work across platforms, both for people familiar to the network, and for those who haven’t yet committed to it.

For more information, you can read our tips on creating a Twitter strategy, and 4 Tips for keeping followers engaged.