Spoiler Alert: We are going to talk about sports in this piece, but you don’t have to be a fan to understand the lessons.

This year’s MLB playoff was one for the ages. The LA Dodgers, with the largest payroll in baseball, faced off against the Houston Astros, who only a few years back had one of the worst records in MLB.

In this David and Goliath clash, David came out ahead, but was this really something totally surprising? If anything, this has become the norm for baseball.

Unlike other sports where there can be a mandatory maximum that a team can spend on players (known as a salary cap), baseball is the only sport where one doesn’t exist (there is a luxury tax if you go over a certain amount, but essentially this is a penalty to discourage owners from overspending, not a hardline). Historically this has created a situation where certain rich teams can dominate the free agent market. This has only increased in recent years.

That means that not only have payrolls increased, but the difference between payrolls has increased as well. Teams have more money for players than ever before, but the richest teams have increased their lead.

With greater differences in payroll, you would think that from a competition standpoint we should also expect less parity (more money means the ability to sign more talented players). We can see that while money is important to winning, there is another factor as well.

There have been 8 wins by 7 different teams (Angels, Marlins, White Sox, St. Louis, Phillies, Royals and Cubs) whose payrolls fell outside the top 10, while only 6 wins by 3 different teams that were in the top 10 (Red Sox, Yankees and Giants). The ability to acquire the most talent is clearly not the most important thing.

So what is the secret sauce?

The largest change in how teams are being built over the last 30 years is how they are applying the methodology of sabermetrics (the use of advanced baseball statistics to measure in-game activity).

By taking data and statistics that have been historically ignored or overlooked, teams are able to gain advantages to squeeze out wins against opponents. Combined with traditional scouting, franchises are becoming smarter in how they are constructing teams and, in turn, enjoying success.

How this connects with marketing departments

Traditionally, if you have more resources, you can afford to spend more on traditional marketing efforts (e.g., radio, magazine and television advertisements) in order to spread the word farther than your competitors.

The thing is, traditional mediums do not provide the same value as they once did. Network television is no longer must-see TV. Audiences are segmented into the channels that they watch and interact with.

In the same way that some teams are able to win without having the largest payroll, some businesses are outperforming the competition by working smarter with their budgets (knowing when to pick their spots to strike).

Content marketing is no longer something new, and most businesses are working on developing their content strategies. But many are overspending on areas that are not helping them, leaving rich opportunities for those who can read the numbers correctly.

Here are some of the important lessons marketers can take from their sabermetrician counterparts.

Marketing has taken a deep dive into data, but often there is so much that what is most important gets lost. Like how WAR (Wins above Replacement) is one of the most important statistics for evaluating a player, marketing teams need to be calculating ROI for different initiatives and finding what the indicators are for their marketing goals.

We previously have done a look at how Brafton calculates and evaluates ROI, but every business has different goals and values. Knowing the business-drivers of your company and your audience can help guide your strategy selection.

If your audience is data-driven tech users, creating informative content that fits well in a Twitter context will be critical to your strategy. Understanding your position in the market and creating a roadmap for success makes the process of looking at data easier, as you know what needs to be accomplished. It becomes a matter of finding the best strategy that aligns with your goals.

Kevin Youkilis was not seen by many scouts as a player who was going to make a big impact. But from the vantage point of new, data-driven scouts, he was a dream.

Famously nicknamed “The Greek God of Walks,” for propensity to get on-base, Kevin went from late-round draft pick to 3-time All Star and 2-Time World Series Champion. Players like Youkilis are a core reason why teams with smaller payrolls have been able to win. The ability to obtain talent at below-market prices is critical to leap frogging past higher spending competitors – and the same is true in business.

A present-day example businesses can look toward is influencer marketing. This latest form of referral, or word of mouth, is an undervalued and underexplored marketing channel.

The trick with influencer marketing is starting out with a gameplan. You need to know your audience and the channels they use before you can establish an official relationship with them.If the marketplace is crowded already, it can be expensive to jump in fresh. Being at the ground floor of unconquered opportunities gives brands the potential for exponential growth.

The Astros would not have won the World Series this year without Justin Verlander, who is the 2nd highest paid player by annual salary in MLB.

Talent like this is not necessarily a bargain, but having someone or something who can deliver exactly what you need when you need it is critical. The trick is turning big purchases into investments as opposed to risks.

For marketing teams, asking for big-ticket items (such as a new website or investing in a large content strategy) can be intimidating, but important decisions like this are necessary to come out ahead, especially in competitive markets.

That is why analytics and data are so important. It’s the only way to make the business case for larger investments. Conducting experiments to determine where your marketing value actually comes from enables you to invest in and scale up your initiatives accordingly and with a higher measure of success.

The next time you look around and feel intimidated by cash-rich competitors, just remember that success isn’t how much you spend but what you get back. Just ask these guys. 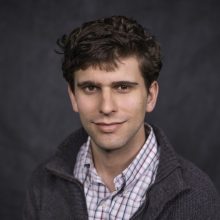 How to create a strategic marketing process: 5 steps for success

Your strategic marketing process provides the roadmap to cultivate valuable connections with customers and cement your brand in the perfect niche in your marketplace. Here are the most important steps to follow.