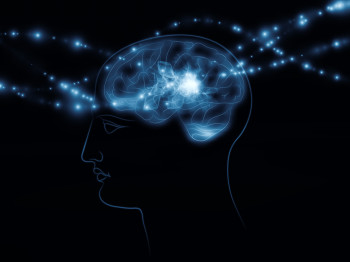 The internet is already a huge place. Businesses from around the world clamor for attention and build marketing campaigns that increase brand awareness in unique ways. For the past decade, professionals have looked for creative practices to set their brands apart from the competition, resulting in the proliferation of new tactics like SEO and content marketing. Google has been at the forefront of this revolution, and recent reports suggest the search engine is once again driving innovation online.

CNNMoney reports that a list of proposed new domains, including .google, .apple, .nyc and .book, are set to rollout worldwide before the end of 2013. In fact, some alternatives to .com and .net may become available during the summer of this year, according to the source. The nonprofit group Internet Corporation for Assigned Names and Numbers (ICANN) formally approved the expansion of generic top-level domains, unveiling 1,930 proposals in 2012. Supporters of this movement say new domain tags will give startups more opportunities to acquire relevant URLs, while opponents point toward internet security risks as degrading the trust built up around the ‘net.

Let’s take the optimistic approach for the sake of this blog: New domain options mean more opportunities for content marketing success. Companies can create various touch points around the web as ways to reach new audiences, segmenting traffic by filtering people with unique interests to relevant web pages. Why build a generic website that caters to the masses when a brand can create several sites that speak to different audiences? Again, this is all theoretically good – ignore the obvious security pitfalls. Either way, this type of tech evolution paints a wildly different picture of internet marketing – is it more an art or a science at this point? Advertising has long been a battle between those driven by creativity and their colleagues who solely care about their sales curves going up. This tug-of-war phenomenon pushed scientists to research what kinds of advertising appeal to consumers’ emotions and compel them to convert. According to Nielsen’s “Making Advertising More Of A Science Than Art” report, the answer is neuroscience.

After years of failure, a new scientific process has been developed to help marketers determine on a second-by-second basis, free of bias, what advertising components encourage consumers to buy. Electroencephalography (EEG) – a term I won’t spell out again – evaluates the millions of pieces of information that overload human senses. The practice picks out three metrics: whether a viewer’s memory is activated by the ad, how long the person is engaged and if the ad sparked emotional chords. Sounds complex, right? Well it already advised thousands of brands to reduce their video content ads from 30-second clips to 20, 15 or 10-second visuals. This cuts costs, increases content ROI and makes both the creative teams and sales departments happier.

While the neuroscientific process might still be a dream for many marketing teams, deeper analytics reporting has affected how brands conceptualize online content and video marketing campaigns.

Science has taught marketers to review their creative processes – not every solution to complex branding can be solved with what is perceived as clever by an internal team. Research has also persuaded marketers to embrace data – big data, in some cases – for smarter content creation.

60 percent of marketing managers don’t have clear understandings of their brands’ sonic identities – or how people hear their businesses.

For example, what consumers hear when engaging with a brand is influential in how they form an opinion of that company. This research comes from international global music branding agency Heartbeat, which recently published a book entitled Sounds Like Branding. The company notes that 60 percent of marketing managers don’t have clear understandings of their brands’ sonic identities – or how people hear their businesses.

Sound and selling: The art and the science of video marketing

Brands are increasingly investing in video content for awareness and visibility online. An eMarketer report forecasts video spend to grow from $4.1 billion in 2013 to $9.1 billion in 2017. With so many businesses allocating resources to video marketing, have any of them considered ways to mold their sonic identities into something that sells?

In the same way that consumers invest billions of dollars in their favorite musical artists, movies and television shows, people are drawn to brands that elicit certain emotions. Neuroscience helps marketing departments understand the advertising components that spark brain activity – the snippets that sound good. When brands pair findings with their core values, they move steps closer to video marketing with purpose. Creative teams using video to speak to the void won’t hear any response – the second they consider the way their visual media is perceived on a subconscious level – both visually and phonetically – the more likely they are to generate the content ROI and brand awareness they’ve been after from the start.