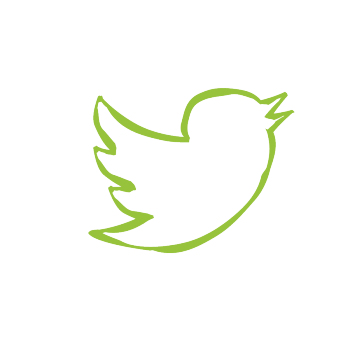 Whether you’re a Twitter aficionado or a newbie, it’s important to know what the conversations happening on your timeline actually mean – and sometimes the lingo can come off as foreign as another language. Gone are the days when Twitter was considered a “basic” or “straightforward” social network. Users now have the ability to share photos (and tag up to 10 users), embed Youtube and Vine videos and play GIFs right on the timeline.

We asked our team of social media strategists for a crash course in essential Twitter speak that marketers should know before they reach for the “Compose” button. There are more expansive lists out there (if you’re feeling adventurous you can check out Twittonary), but we’ve broken it down to some of the top phrases we come across and exchange when running content strategies:

What it means: H/T or “hat tip” is a way of acknowledging where you found the information you’re sharing. For example, if we shared a story about an algorithm update, you could Tweet : “Heard Google is updating its Panda algorithm. h/t @Brafton”

What it means: You may notice users placing a period before the @ symbol when they reference another user. If you begin a Tweet with a @ symbol sans the period, it will not be broadcast to all of your followers’ feeds – only users who who follow both your account and the person you mentioned will see it. The period makes it public. With Twitter’s redesign this year, another reason users would want to place a period before the @ symbol is so it will appear in the user’s main feed, versus the “tweets & responses” tab.

What it means: Follow Friday. Users will Tweet this hashtag on Fridays with a list of handles they think their connections should follow as well. This is a good way to show other brands or individuals that you’re a fan of what they post. But, you may want to use it sparingly- we’ve heard from several industry influencers that this is one trend they’d love to see die out.

Direct messages – or DMs – are a good tool when you want to take the conversation out of the public eye, particularly if it’s customer service related. However, both users must be following one another to have a DM conversation.

What it means: If you haven’t heard this one yet – you need to be on social media more… TBT  – or or Throw Back Thursday – is not Twitter exclusive. Users across Facebook, Instagram and G+ all share #TBT posts, whether it’s a childhood photo, a call-out to a previously shared post or something that simply happened in the past. If you accidentally miss out on #TBT, or simply can’t get enough, you can always use the alternative #FBF (Flash-back Friday).

Here’s an example of how a brand could use the popular hashtag:

Remember the celebrity #socialmedia fails of last summer? Still a good lesson in how NOT to engage on social. #TBT http://t.co/M7e7PK23yJ

What it means: If you use the Retweet button, or quote an exact Tweet, that is considered a Retweet. But, if you need to shorten the Tweet to add in your own input, that would be a “Modified Tweet,” better known as MT.

What it means: Overheard. A great use of only two characters, especially handy if you’re at a conference or panel presentation.

One of my followers.

What it means: Thanks for the follow. A common courtesy response to a new follower, but for the cynics out there, this could also be a tactic used to get the follower to stick around.

The latter may have something to do with steak sauce, but usually these are part of Twitter Chats: Twitter Chats are created by an individual or a brand and typically discuss a specific topic. If you’re interested in joining a chat, find the start time, the correct hashtag being used for the event and follow the handle that’s running the chat.

When the chat begins, we suggest keeping two windows open – one tab dedicated to the event manager’s Twitter feed, and the other dedicated to the event’s hashtag. That way, you can see the questions as they appear directly from the moderator, but you can also keep score on what other users are saying.

To respond to the questions, simply press “reply” to the moderator and answer the question (usually using something along the lines of #A1 or #Q1) using the hashtag of the event. (Don’t forget – if you want all of your followers to see the response you’re sending, be sure to place a period in front of the @ symbol.)

Want to see more from our social media strategists? Check out these related posts: