We’re past the point where we can say video marketing is a new concept, but just because the medium is a little older doesn’t mean it isn’t still excellent. People love video: It’s quick, it’s fun, it serves up a lot of info and it brings great results.

But making a marketing video isn’t easy – a lot goes into those 60 to 90 seconds. If done well, you’ll have a cinematic marketing masterpiece on your hands.

Need some inspiration? Here are some examples that highlight everything we love about video marketing for B2B companies.

Why do we like video? What makes a good B2B video so engaging?

These questions have the same answer: Video is a personal marketing tool. If done well, it humanizes your business, showing potential customers that you’re not a mindless, soulless mega-corp. Instead, videos show that your business is made of real people who, in addition to having their own unique personalities, understand their relationship to the world at large.

This video from Hootsuite does all that and manages to accomplish what most brands can’t: Reference pop culture effectively.

Hootsuite did the same, using a few of its employees to read mean tweets about the Hootsuite dashboard before announcing an update to the platform.

That single sentence encapsulates what makes this B2B video so great. Using employees (including designers and the CEO) injects humor and personality into the video, while the mean tweets theme capitalizes on a fun, interesting subject. Even if you don’t use Hootsuite, you might watch the video just to laugh at what people say about it. 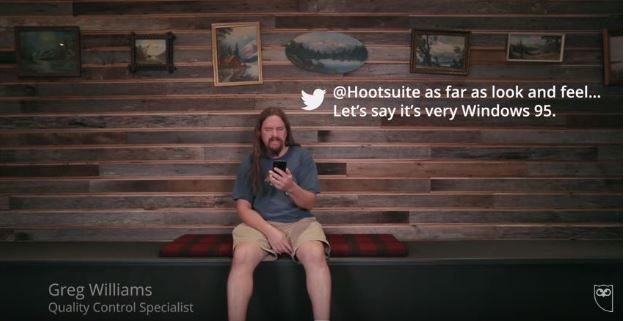 I felt that burn in my soul.

Then, at the end, viewers get a brief tutorial showing what’s new about the updated dashboard. Imagine how boring the video would be if all we saw was that tutorial with a monotone voiceover.

Hootsuite chose just the right cultural reference to use in this video. “Mean Tweets” is accessible to all audiences, and it doesn’t alienate younger generations. Imagine the backlash from millennials and Gen Z if Hootsuite used “on fleek” (why?), “cray af” (absolutely not) or referenced a Spongebob meme (I can’t even imagine). Instead, the company chose an idea that’s just popular enough without making the audience roll their eyes.

I never thought I’d see a pan flute-playing llama in a B2B video and not think I was looking at something utterly ridiculous, but Schneider Electric proved me wrong.

I’ll admit, this video is a bit risky. At 107 seconds, it’s on the lengthy side, but it catches you with a compelling hook right at the beginning. Doesn’t that intense voiceover make you want to see the rest? How is this office guy more than just a facility manager? What happened in the building six months ago?!

Everything about this video is perfect. The production quality is insane, and the script is great. The acting, camerawork and music cues are all fantastic. Schneider Electric shows how an expert video production company can take your idea from “eh” to “oh my god.” Imagine trying to make this video yourself with just an iPhone and a few acting students.

Okay, I know I’m gushing, but I have one more thing to say about this video. Let’s go back to the story. I’m quite impressed by how much Schneider manages to say in just over a minute and a half.

Video is a personal marketing tool. If done well, it humanizes your business, showing potential customers that you’re not a mindless, soulless mega-corp.

At its core, Schneider Electric shows how one person doing a simple, everyday action can completely change another’s life – even a complete stranger in distant country. The video is humorous, heartwarming and appeals to the part of each of us that wants to feel special. If an office guy can help a Peruvian child get a pony, what can you do?

And like Hubspot, this video humanizes Schneider Electric. It might use actors, but it shows Schneider’s impact on individual people. This might be a promo video for an international company, but it reminds everyone that people – both employees and customers – are at the center of business. 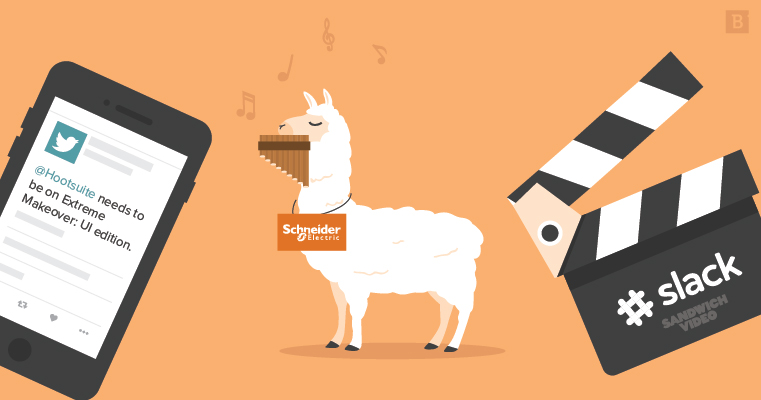 So Yeah, We Tried Slack

Alright, this one is long too, but it’s still awesome. Remember how I said that Hootsuite didn’t just talk about its new features? Well, Slack’s video does, but the company actually pulls it off. With a good amount of humor, some creative editing and the addition of clients who are game to make a silly video, Slack takes a boring idea and makes it work.

This video is essentially a case study, and it explains Slack in such a fun way. Instead of simply talking about each feature, which we’ve established can be boring, the video is about the process of making this video. Goodbye, fourth wall, you’ve been utterly demolished and replaced with in-the-moment interviews and fun graphic elements.
Let’s go back to the beginning. I love how the script quickly addresses one of the most common issues potential customers may have with Slack.

“I told him my company runs entirely on email and Dropbox, and we were doing just fine.” 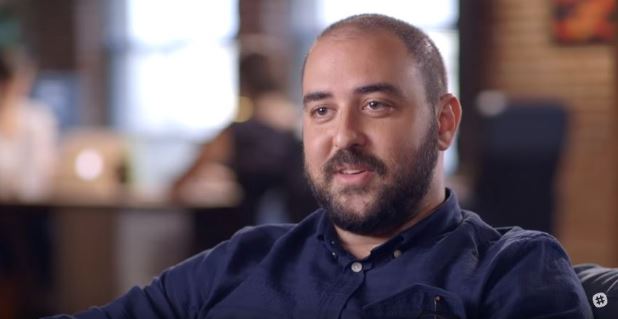 This is the face of someone about to be proven wrong.

That was the founder speaking. Right after his statement, the creative director comes in with a skeptical, “Yeah, I guess we had a system.”

What a humorous way to point out an all-too-common issue in business: the disconnect between founder and employees. What works for the head honcho isn’t always best for everyone else, and we see in this video that Slack aims to fix that.

In fact, we’ve got to talk about that script. I almost laughed out loud when the office manager began listing all of Slacks integrations. It’s a bit tongue-in-cheek, as though Slack is saying “Yes, we know it’s a lot. But isn’t that better for you?”

Also, the later callback to the magic trick was pretty cute.

What do these videos have in common?

So why do I consider these great examples of promotional B2B video marketing? Oh, let me count the ways:

If you think your B2B videos have to be straightforward interviews or shots of products and people working, it’s time to get a little creative. 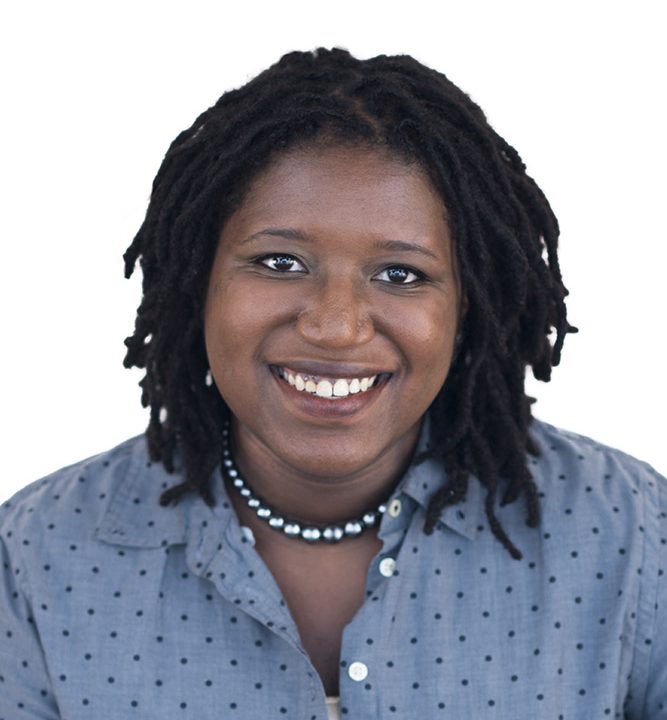