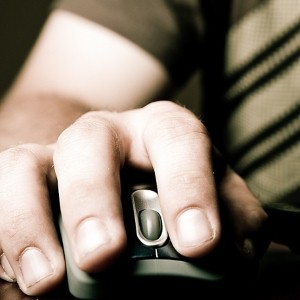 From continued talk of content quality in light of recent algorithmic updates to discussions of social media as a link building platform, the internet marketing news chatter this week leaned toward SEO.

Conversations that took place at last week's SMX West about the need for compelling site content generated headlines early in the week. As Brafton reported, expert attendees agreed that unique content is a must for good rankings. Bruce Clay weighed in, suggesting that article length variety can assist rankings. The takeaway for marketers may be to invest in high-caliber editorial content, where each article is given an appropriate word count.

Some of the content conversations at SMX West caused a bit of controversy when it was suggested that certain sites are immune to the Google algorithmic update. However, Google's Matt Cutts said that all sites are treated equally by the Panda update, and quality content is required for good rankings.

Google's emphasis on social media may be linked to recent rumors of Google Circles – a social media outlet some thought Google would release at this week's South by Southwest. Though the company did not release this product, buzz about Google and social offerings continue to make headlines. Search Engine Land recently reported that some users are finding updated social options in their Google profiles.

As marketers speculate whether or not Google will be coming out with more social products, they should also be wondering whether Facebook will come out with more search products. As Brafton reported, a Facebook patent related to social searches surfaced this week. It makes clear that the social giant has been thinking of ways to get into the search market since its inception. What's less clear is whether Facebook's patent may impact social search results offered on mainstream search portals (should Google be worried?).

Facebook is clearly making some digs at Google, with Inside Facebook reporting that some platform developers are being asked by the site to drop AdSense and switch to an “approved” ad platform.

The social giant also got a one-up on Twitter this week, when a report emerged indicating that a company made more revenue from Facebook Likes than Tweets. Though both social sites offered measurable results, Facebook proved the most beneficial sharing platform. This info may come in handy for small business marketers, whom Brafton reported cite social media marketing as beneficial.

Additionally, Facebook may be taking on Groupon. As Brafton reported, the social site is going to offer updated Deals, and the new program will help promote local offers to give brands exposure on the site.

Speaking of local marketing, at this week's South by Southwest conference, Google officials spoke about the value of the mobile platform to reach local audiences. As Brafton reported, the company says it has 150 million mobile Maps users, which speaks to the rise of the mobile local market.

Also, the company released a new mobile app – the Google Search app for iPhone – that could help it continue to grow in the mobile search market.

Speaking of Google search, Brafton reported earlier this week that the company is still No. 1 for search marketing. Subsequently, we covered news that it will be offering an updated Analytics tool marketers may like. The upgrades will roll out throughout the year, and they aim to help marketers more easily view metrics on their site visitors.

Google was not the only search portal making headlines this week. Blekko also caught online marketers' attention with a new algorithm that has blocked more than 1.1 million domains. The company explained the algorithm will enhance its human-curated search results, further necessitating quality content for sites that hope to rank on Blekko.

Next week, marketers might await news about the rumored Google Circles, as well as updates on Facebook’s search patent (or movement into the search market). Plus, we can expect some headlines about the industry as internet marketers head to SES New York. Stay tuned!