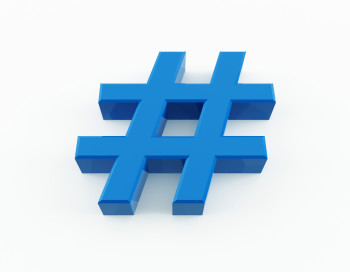 ​Brafton has reported that 87 percent of Twitter users indicated positive social media engagement on the network impacted their likelihood to buy from specific brands online. The fast-paced social media network delivers custom content to users in real time, compelling followers to form opinions or refine their current ones about the brands they connect with online. How do companies get their custom content to stand out in users’ real-time, cluttered feeds? Brands use a variety of features to promote and amplify their Tweets, including hashtags, which RadiumOne found​ ​have the power to help marketers consistently get in front a subset of users.

According to the survey, 58 percent of Twitter users said they use hashtags on a regular basis​, and​ 70 percent of these people do so from their mobile devices. RadiumOne evaluated how users perceive, value and use hashtags – the feature has become less of a traffic drive now that Twitter’s search option has become stronger and more accurate. Of the 494 surveyed respondents that use hashtags, 71 percent identified as female, and 41 percent as middle-aged.

Twitter has worked hard to improve its search – keywords introduce new media to users, and help brands’ Tweets get noticed by new prospects. However, hashtags still hold an important place in Twitter’s functionality. RadiumOne noted that these tags are used to communicate personal ideas and feelings most often, followed by content discovery tools. Solid social marketing plans branch out of the common keyword hashtags and introduce new, branded terms that users will want to click. Forty-one percent of surveyed Twitter members say they would click on hashtags to learn more about a brand or product.

The source recommends brands use hashtags to build stronger social presences with causes or events. For example, Brafton holds bi-monthly Twitter chats using the hashtag #cmQs. This allows Twitter users to enter a public chat, participate by adding their own ideas, and our team can review responses and interactions post-event and months down the line.

Hashtags are a marketing feature here to stay. Twitter’s Nick Kakayama covered some recent updates to the social network’s mobile offering, including an autocomplete option that suggests possible hashtags to include in Tweets. The feature makes it even easier for social users to participate in social events on the network, and encourages people who may not know about a certain hashtag to check out the brand and the social chatter taking place online.