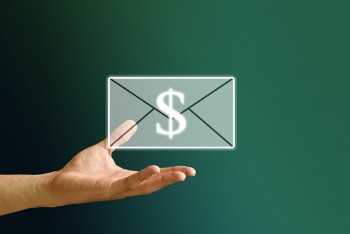 You know email is still one of the best ways to reach your customers – and by putting digital content formats like white papers and infographics behind download walls, it’s easier to build up contact lists. Survey data released by Ask Your Target Market (AYTM) shows email marketing does more than fuel outreach efforts – it’s actually driving sales,​ too​.

Among those who participated in the survey, 58 percent said they sometimes buy after reading brands’ promotional messages. Over 5 percent said they often make purchases once they’ve checked their inboxes, suggesting email messages are a significant catalyst in the buy cycle.

Comparatively, less than 10 percent said they never make purchases after reading emails, while another 27 percent admit the​y do so rarely.

Over 5 percent said they often make purchases once they’ve checked their inboxes.

This is further evidence that Gmail’s tightened email filters​, which were​ meant to segment off promotional emails from users’ primary inboxes​, are not keeping brands’ messages from reaching their intended audiences or having the desired impact. In fact, it suggests marketers have responded to challenge, and now do more to make sure messages appeal to their customers’ preferences. Perhaps brands are using advanced technology to personalize emails. Covering data from Experian, Brafton previously reported promotional emails tailored to recipients have open rates 29 percent higher and click rates 41 percent better than generic messaging.

To maximize customers’ inclination to purchase, marketers should make their messages personal. By addressing recipients individually, or referencing their previous behaviors, companies could potentially see transaction rates and revenue per email increase six-fold for promotional messages. Meanwhile, ​studies have shown ​transaction rates double for triggered emails when the content is tailored.

Studies have shown ​transaction rates double for triggered emails when the content is tailored.

Emails may not be the newest way to reach prospects, but they’re still one of the top ways to connect directly with customers. As email becomes a conversion driver rather than just a conversation starter (or prolonger), companies might even invest more in their campaigns to generate additional revenue with the content they’re already creating.