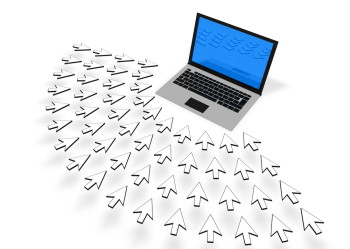 Marketers know their companies need to have a presence on search leader Google and social network giant Facebook to have a visible digital footprint. As other networks rise in popularity, it’s wise for brands to continue posting social media content on these internet strongholds because they still receive the most web traffic.

Compete recently released its report covering May’s Top 50 Sites, showing that Google.com remains the leader in unique visitors. Throughout the month, 171.5 million individuals from the United States went to the search engine to conduct queries for online content. The data reveals Google’s web visitors dropped 0.22 percent throughout the month. According to Compete’s analysis, Facebook received more unique site visitors than any other social network during May. As the domain in the No. 3 spot, the network saw traffic from 163.3 million U.S. individuals last month. LinkedIn was the only other social media site to break the top 25 of the list with 39.1 million unique visitors. Twitter trailed just behind in the No. 28 spot, followed by Pinterest coming in at No. 36, Instagram at No. 46 an Tumbler at No. 49. Of course, marketers must be present where their customers are most active, but it might prove advantageous to continually cultivate social media marketing strategies on sites with the greatest reach.