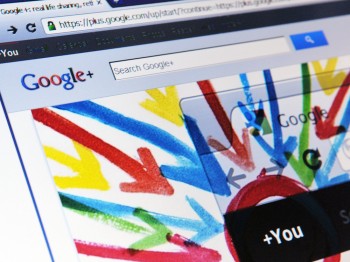 If Facebook is the reliable neighborhood restaurant and Twitter is where people go for specialty food, Google+ is the new bistro that that people have visited once or twice, but haven’t embraced quite yet. It’s been live for almost three years, but it doesn’t boast the same level of participation or engagement as other social networks – or does it?

Brafton reported Google+ is not a ghost town, and some brands are adamant that’s always been the case. Companies looking to expand their web marketing reach have always been active on the site, but the common refrain was that the platform was mostly occupied by Google employees, SEO gurus and other marketers. And while anyone who had a Gmail account was already, in theory, a G+ user, many people seemed to avoid completing their profiles or browsing their feeds.

However, this is an instance when what’s considered common knowledge is actually incorrect. According to Forrester Research analyst Nate Elliott, Google+ is a lot more popular than most people think. In fact, it’s been growing so steadily in size and scope under most people’s noses that its level of adoption may come as a shock. In a survey of 60,000 users, 22 percent of them were regular Twitter users – 22 percent were also active on Google+.

That’s right: G+ and Twitter use levels appear to be about equal. It doesn’t make the two channels equivalent, as far as social marketing is concerned, but it does highlight the fact that more people are taking advantage of Google’s services than you might think.

When it comes to brand engagement, G+ is only just behind Facebook – but it’s twice as successful at generating brand interest as Twitter

Another question asked by the survey indicates how sticky and shareable content can be when it’s posted on Google+. It seems when it comes to brand engagement, G+ is only just behind Facebook – but it’s twice as successful at generating brand interest as Twitter. This is another surprising development, but it simply highlights the power of posting to a social platform supported by the scope and klout of Google.

That doesn’t even take into account some of the other benefits of G+, such as its built-in analytics dashboards. One of the reasons Google eventually came out on top as the most popular search engine across devices is that it’s data-driven. Marketers have had access to content analytics information, and G+ is no different, as Brafton reported.

It also helps to post to a social network Google will actually crawl and index. Unlike Facebook and Twitter, which have decided not to allow posts to be tracked by search engines, G+ is an open book as far as Google indexing is concerned. That makes it a powerful SEO tool, as well as an engaging social platform, and businesses interested in internet marketing would be mistaken to discount its abilities.