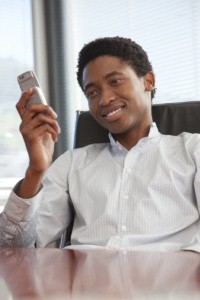 The young mobile marketing platform is quickly coming of age. RBC Capital says that 8 to 10 percent of all search queries will be conducted via phone in 2010, and display ads are doing extremely well on the platform – especially iAd’s interactive advertisements. Yet, this channel still accounts for a fairly small share of ad spend – but not for long.

A new study from ABI research predicts that mobile marketing will multiply in the next five years. Display ad budgets, in particular, will skyrocket – mobile display ad spend is predicted to increase from the current $313 million to more than $1.2 billion by 2015. This is strategic spending as comScore data shows that display ad impressions are up 15 percent over last year.

ABI says other mobile ad formats – including text messaging, search advertising, video and ads within apps – will also continue to flourish in the coming years.

Neil Strother, ABI Research practice director, says interviewed marketers “have been seeing year-over-year increases of 25 percent to 30 percent in campaign spending.” He attributes this to the rapid growth of daily internet access via smartphones, with ABI analysis indicating 28 percent of mobile subscribers go online via phone every day.

This seems like a conservative estimate in light of reports from the Pew Internet and American Life Project that 40 percent of American adults access the web from their phones daily, and 43 percent of mobile internet users go online via phone several times a day.

With this in mind, it’s time to move into mobile platforms to engage on-the-go consumers. Mobile web campaigns can even translate into in-store sales – data from Compete shows that one in three smartphone users have visited businesses they found through phone apps.