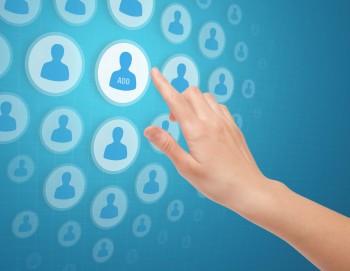 The use of social media continues to grow, and content marketers are no strangers to sites like Twitter, Facebook, LinkedIn and Pinterest. Consumers are turning to social media more than ever for shopping insights and brand information wherever they are – 32 percent of those between 18 and 24 even check their accounts while on the can- creating opportunities for marketers to develop relevant, custom content that drives users towards websites.

In the past year, various agencies researched the latest and greatest trends in social media that can help marketers generate content that pops. Nielsen’s “State of Social Media Report 2012” revealed that internet users are spending the majority of their mobile and PC time on social media sites. People are also connecting with the sites for longer periods, dedicated the majority of their time to Facebook, Twitter, foursquare and Pinterest. With everyone clicking through social media sites, content marketers should focus their efforts on this channel.

Those who keep in mind these three common traits of successful social marketing will help their brands rise to the top of news feeds and Timelines.

1. For social media marketers, timing is everything

Content marketers should consider what time of day and on what day of the week they are posting updates to sites like Facebook and Twitter to ensure that their links get clicked. Sign-up.to studied Twitter activity to find if marketers expectations were in line with reality on the platform. The results showed that tweeting on a Saturday, rather than a Thursday or Friday, could almost double clickthrough rates. Every industry will have unique audience peak times, but there’s an understandable lull in activity on Twitter between 12 a.m. and 6 a.m when users are catching some shut-eye. Sign-up.to’s research shows that Twitter activity gradually increases throughout the day, reaching a crescendo at 6 p.m. when CTRs are highest.

It’s becoming more mainstream for brands to schedule social content updates according to when users are most likely to engage – and social tools are making it easier to achieve optimal post times. In fact, Facebook now offers a post schedule feature to help brands get extra targeting in every update. There are also plenty of tools to help marketers schedule posts on Twitter and other leading networks, recently highlighted by social strategist Ty Scheiner.

Recent trends show that sometimes social is as simple as, “Ask and you shall receive.” Posting calls-to-action and questions resulted in further Likes, Shares, comments, Retweets and clickthroughs on both Facebook and Twitter, according to research conducted by HubSpot’s Dan Zarrella and a separate report from MIT.

Zarella’s research showed that posting questions produced more comments, but less Shares and Likes on Facebook, while CTAs on social sites resulted in more of all three. When posts asked users to “Like” a status or page, they were more likely to do so. Zarrella found similar results on Twitter, finding that Tweets containing the phrase “please retweet” were 4 times more likely to be shared. A group of researchers from MIT Sloan analyzed how certain types of content generate different responses, particularly on Facebook and Twitter. The group studied 1,000 Facebook wall posts from 98 global brands, finding that humorous posts garnered more attention, as did photos, topical content and promotional messages. All of these types of custom content generated more “Likes.” The researchers found that CTAs saw success, as well. When brands asked for Facebook users to “Like” a brand or status, they often saw success.

Content marketers should be aware of new platforms as they emerge, as Facebook and Twitter aren’t the only places to capture prospects’ attention. Brands with successful social media marketing initiatives have presences on multiple platforms. At the start of 2012, large enterprises had up to 178 social media accounts, and, according to the 2012 Social Media Examiner survey, all of the top six social platforms were used by at least 40 percent of brands. Leveraging a number of social media websites will help spread brand awareness and allow users to connect on their favorite platforms. Additionally, custom content can be repurposed across these sites.

As the New Year kicks off, it’s the perfect time to reflect on a social marketing strategy. By posting timely updates and calls-to-action on a wide variety of social media platforms, content marketers can boost their efforts, helping their brands steal the show in 2013.Pinterest saw a 1,074 percent increase in usage in the past year, as Brafton recently reported, while sites like Facebook, Twitter, LinkedIn and foursquare all remained popular. According to Nielsen, users spent most of their PC minutes on Facebook, Tumblr and Pinterest. Facebook saw the most unique users, followed by Blogger, Twitter and WordPress. LinkedIn grew as well- its premium subscription service saw an increase of 74 percent in the third quarter of 2012, compared to the same period in 2011. By pushing content on all of these platforms, marketers should see success in their social media marketing strategies