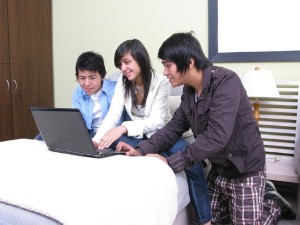 At ad:tech San Francisco 2011, keynote speaker Antonio Lucio, CMO of Visa, started the conference with an emphasis on the value of social search. It's important for brands to be found on social media, and the value of these platforms, says Lucio, is recommendation.

Lucio shared an anecdote about a friend who was visiting Puerto Rico and wasn't sure where to dine. After making a post about her dilemma on Facebook, friends from around the world left posts recommending businesses she should check out. Assuming she ended up at one of those restaurants, Lucio explains the value of social media in driving local, in-store traffic. (Brafton has reported that social sites are continuously moving further into in the local recommendation space, from geotargeted Tweets to Facebook's rumored Groupon-style Deals.)

Moreover, Lucio thinks socially driven ecommerce will also come to pass. His theory is supported by eMarketer predictions, with Brafton having reported last week that the firm believes social commerce will push 2011 Q2 ecommerce beyond $42 billion.

Visa receives 20 percent of business from ecommerce, and Lucio points to data indicating that online retail sales are expected to hit $248.7 billion by 2014. He believes that social search will be a channel through which brands can catch their share of these funds.

Lucio tells marketers that the path to transaction is now dependent on social media. He gives a specific example of Visa's Mexican cross border travel program. In researching where consumers might plan their trips (and hopefully plan to pack their Visa cards), the company concluded prospective travelers' first stop was Trip Advisor, and their next was Facebook.

“Participating is the new engagement” and “recommendation is the new advertising,” he says during his presentation.

Brafton has reported the rise of social search, from Google's continued forays into the social realm to Facebook's refined search results and Twitter's new SEO-friendly developments. Internet marketers will want to optimize their social content accordingly and monitor the brand mentions that Lucio predicts will be money makers. Stay tuned to see what other ad:tech attendees have to say about the future of social search.