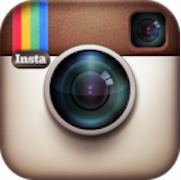 For both networks, which experience a majority of their mobile activity from apps, mobile site traffic has seen strong improvements this year. Twitter has increased 24 percent in the last six months, representing good performance from the microblogging site. However, Instagram’s current unique mobile site visitor average is 724 percent higher than it was in March.

It seems more people check the microblogging site on the go, though Instagram’s mobile users are more active. Twitter actually has more unique visits every month (29 million), compared to Instagram’s 22 million. The difference for the photo-sharing platform has been consistently high engagement from its audience. Since both Twitter and Instagram are more popular as apps than mobile websites, these numbers don’t tell the whole story of the platforms’ true reach. Still, Instagram’s strong year continues to improve as more data is released.

Perhaps the most important number for Instagram is its user total, which the company announced has surpassed 80 million. Brafton reported that this rapidly growing audience has shared more than 4 billion images on the platform.