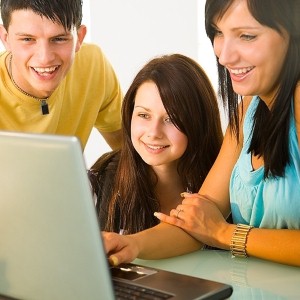 Earlier today, Brafton reported that marketers are increasing their efforts to measure the ROI of social sites. Now, data included in comScore's 2010 Digital Year in Review indicates that social networking has become “an integral part of the fabric of the internet” that impacts a variety of consumers' online activities – and marketers should take note.

The report says that nine in 10 Americans visit social networks each month. This means marketers have a 90 percent chance of finding a relevant online audience through social channels.

Over the course of 2010, social network use has grown to the point that it now accounts for 15.6 percent of online time among consumers 15 years old and up. Last year, the average user spent more than 4 hours on social sites each month, and comScore suggests social networking will continue to gain momentum in 2011.

Although Brafton has reported that Yahoo sites proved the most visited properties on the web last year, comScore explains that Facebook.com accounts for the largest share of time spent online. The social site accounted for 10 percent of U.S. page views in 2010, and it has steadily gained share in terms of consumers' online time, rising from about 8 percent of online time in January of 2010 to 12.3 percent in December.

But the Digital Year in Review indicates that marketers should explore social platforms beyond Facebook in order to make the most of the channel. Familiar networks including Twitter and LinkedIn performed well last year, too. Twitter.com grew its audience by 18 percent in 2010, with 23.6 million unique visitors in December, and LinkedIn reached 26.6 million visitors in December 2010.

Moreover, marketers might want to be on the lookout for new and emerging social channels that offer growing audiences and early adopter advantages. For instance, comScore says Tumblr visitors surged 168 percent to 6.7 monthly visitors at the end of last year, and Formspring.me showed year-over-year growth of 1,000 percent, hitting 5.3 million visitors in December.

Another rising social channel marketers may want to watch is Quora. As Brafton reported, the Q&A site saw a significant rise in membership at the start of the new year, and just yesterday, we reported that the company has brought on a new product manager of former Facebook success.