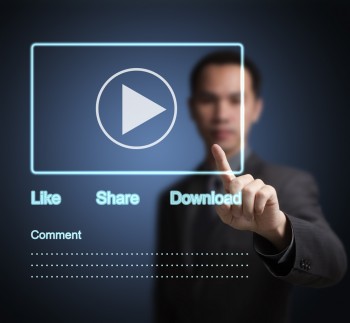 When streaming video content first hit the scene, internet users may have approached it in a way that reflected their previous television and movie watching habits. Tuning in meant turning off other channels and consuming multiple clips in one sitting. Now that consumers have grown accustomed to short snippets of video content, they are consuming more media as they navigate between social networks, websites and applications.

The June 2013 U.S. Online Video Rankings from comScore showed that people in the United States watched more than 44 billion online content videos throughout the month. This translates to 183 million Americans going on the ‘net and watching entertaining and educational clips.

As consumption totals pick up, consumer behavior is changing, according to a separate study from Parks Associates. In Q1 2013, approximately 14 percent of smartphone and tablet users downloaded brands’ content applications to view streaming clips.

“The latest round of apps is from content providers, not satellite and cable-TV companies,” pointed out John Barrett, Director or Consumer Analytics at Parks Associates. “They want to … enhance the viewing experience with second-screen activities, and it is working, especially among Millennials.”

Barrett adds that digital natives are actively using more than one screen at a time to watch videos, read articles and stay active on social networks.

While it may not be feasible for every company to create an exclusive application for sharing video content, they have numerous distribution channels to tap for maximum exposure. First and foremost, it’s smart to leverage those social media connections marketers worked to establish. Companies should also feature new clips on homepages to increase clicks, while also adding them to a video resource center on their sites.