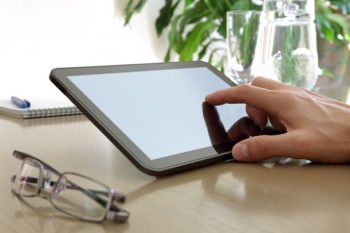 A report from Gartner detailed the habits of tablet users around the world, which have become increasingly diverse as the devices continue to become more popular. However, there are certain tasks a vast majority of tablet users conduct on a daily basis that should signal to marketers that accommodating this growing demographic is critical.

According to Gartner, 69 percent of tablet users access news content every day. Moreover, 81 percent said they read and manage email daily, and social media use was a regular task for 62 percent of device owners. Companies relying on an integrated new media marketing strategy can target tablet users with their campaigns as each channel included is growing.

News content marketing campaigns, specifically, could see a boost with growing tablet use, as many often access more news content after purchasing their tablets than they did before.

“The rapid adoption of media tablets is substantively changing how consumers access, create and share content,” Carolina Milanesi, research vice president at Gartner, said in a release. “The survey found more than 50 percent of media tablet owners prefer to read news, magazines and books on screen.”

According to Gartner, tablet use is increasingly common in the home as well, with many saying they turn to their handsets whenever they are at home before desktops, laptops or their smartphones.

Brafton recently highlighted a similar study from the Online Publishers Association that focused solely on the American tablet audience and found the consumption of web content, whether it was news, video or other content, was the main task for 94 percent of respondents.