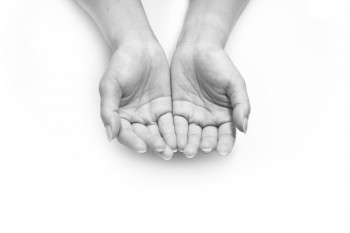 Marketers aspire to earn the trust of customers through innovative brand awareness campaigns. To accomplish their goals, professionals try and identify the factors that compel leads to convert, and leverage their discoveries to impact their companies’ bottom lines. Cause marketing, for example, influences Americans more frequently than ever before. As Brafton reported, between 2008 and 2010, 42 percent of U.S. adult consumers indicated that they were likely to purchase items or services from companies with social agendas than from organizations without philanthropic initiatives. In 2012, about 53 percent of Americans reported that they wanted to support cause-driven brands more than other organizations.

The idea of developing a cause marketing campaign may seem immoral to marketers, but an effective strategy that highlights achievements without exploiting the good intent behind the venture, can be performed with relative ease. According to eMarketer, a majority of American internet users have purchased because of a specific cause. Brands that uphold their public responsibilities to have a positive impact in surrounding communities can report upon their efforts in an honest and transparent way. In fact, shoppers increasingly expect reassurance that brands’ cause marketing efforts actually make a difference – a blanket promise won’t lead to conversions. According to AYTM Market Research from October 2012, approximately 10 percent of consumers said they thought cause campaigns were sincere 100 percent of the time, and 41 percent of respondents indicated that these campaigns were honest about half of the time.

Brands that want to benefit from cause marketing cannot show up at a charity event or volunteer once in awhile and promote these activities. American consumers form positive impressions of businesses that actively participate in community initiatives, not as a way to make money, but in an effort to become leaders in thriving social initiatives. Brands can only report on their cause marketing efforts after they put significant amount of time toward community betterment. Marketers can showcase their involvement through video content, social media marketing, content creation for their blogs and in-person networking events. These activities can impress online and offline crowds.