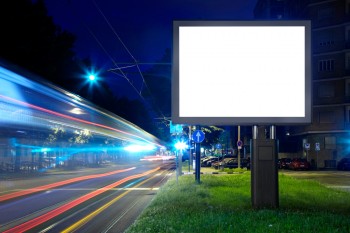 Paid search may seem like a wholly separate channel from content marketing, but in many ways, they’re inextricably related. As Brafton’s coverage of ClickZ Live noted, paid is an increasingly important unifying force that binds separate elements of web campaigns together. And it goes without saying that paid search ads still need to be carefully designed and written to appeal to search engine users.

However, this channel’s dominance of internet advertising may be drawing to a close. According to a study by Zenith Optimedia, 2015 will see spending on display ads pass paid search for the first time since the dawn of the internet. While both will continue to grow, display spends will swell by 21 percent through 2016, while paid search is expected to top out at 13 percent.

The effects of a multi-channel internet

What’s driving this shakeup? There’s no evidence users are more likely to click on display ads, or that this approach offers greater ROI. Instead, this phenomenon has its roots in the multi-channel marketing environment semantic search has created. Other ad formats expected to see greater investment  include social media (29 percent growth per year through 2016) and video (23 percent).

42 percent of internet users don’t consider a single network their primary social platform. Brands may have to double-dip and purchase ads on multiple networks to reach target customers.

This highlights the fact that there isn’t a single dominant medium where most web users go for information anymore. Google has expanded the signals it uses to create SERPs because users are looking for diverse answers. As the Pew Research Center found, 42 percent of internet users don’t consider a single network their primary social platform. Brands may have to double-dip and purchase ads on multiple networks to reach target customers.

Video marketing is similarly becoming an essential tool – and YouTube is a social network in its own right. As Brafton reported, 96 percent of consumers consider it helpful when businesses include videos that help to explain their products and services. This desired richness and media diversity doesn’t even include visual marketing materials such as infographics.

Ultimately, brands doubling-down on display ads isn’t an indication all companies need to jump on board. Rather, it signals wider scopes are becoming more important than focusing on a single channel. Paid search is certainly still lucrative, but businesses can’t assume all potential customers will find them on SERPs. Instead, brands should hedge their bets on many awareness and engagement avenues to cast the widest marketing net possible.