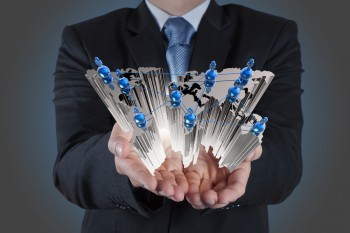 Social media marketing has proven to be a great way for brands to connect with their target audiences. It’s even surfaced as a sales tool for some companies. However, many ecommerce sites fail to see the correlation between their Tweets, Likes, Pins and their bottom lines, according to Monetate. This doesn’t mean social can’t or won’t turn into a money-making machine, it’s simply a sign that networks need to give conversions a push in the right direction.

Monetate’s Ecommerce Quarterly report for Q1 2013 found social commerce has been lackluster since the holiday shopping season, which boasted record-breaking sales totals. Only 1.55 percent of all website traffic to ecommerce sites comes from social sites, with Facebook generating the lion’s share of leads. Social media’s conversion rate (0.71 percent) is discouraging, too.

While social content might not be a sales force for ecommerce companies yet, it is becoming a better lead generation tool. Brafton recently featured a report, which found that more than half of sales teams closed deals as a direct impact of their social media activity. Even more impressive, three in 10 said social networking online lead helped them close two to five deals.

So where’s the disconnect? Social media started as a forum for families and friends to connect, and marketers might worry that including calls to action their social media content will turn customers away. Contrary to that concern, internet users report seeing branded content with greater frequency , and in many cases, they appreciate the opportunity to receive direct promotional offers.

If other sites provide marketers with similar tools, brands may begin to see higher traffic and stronger conversion rates coming directly from their their social media marketing practices.