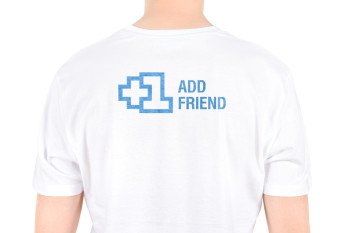 ​It wouldn’t be a new month without a rumored Facebook feature, and March’s contribution will be the social media network’s new-look News Feed function. Facebook will hold a press event on Thursday, March 7, 2013, at its Menlo Park, California, headquarters. According to various industry insiders, including those at TechCrunch, the new News Feed will be bolder and bigger with a smoother navigation system making content variety key for brands sharing media on the network. However, as Facebook has evolved and released new features and functions over the past year, could the social media network be moving too fast for consumers to keep up with all of the changes? Updates also bring new marketing opportunities, but how can brands keep up with the latest features to optimize social media marketing?

For example, Facebook Gifts, which many expected to revolutionize how the social media network would generate revenue, has failed to take off. Companies that worked to get their products listed as gifts are probably well aware of the shortfall. According to TechCrunch, the initial Q4 2012 report showed that Gifts compelled only 0.4 percent of Facebook members to convert and buy an item for their any one of their connections online. Mark Zuckerberg spoke about the unimpressive numbers in Facebook’s Q4 earnings call.

“I do want to temper near-term expectations a little bit on revenue coming from other areas like Gifts or Graph Search…Payments and other revenue also included around $5 million from sources outside of games[,] primarily user promoted posts and to a lesser extent from our new Gifts product,” Zuckerberg said, according to TechCrunch.

While Gifts aimed to drive revenue streams directly, it serves as an example of how newer Facebook projects may benefit from some extra time in the shop. This instance also translates to Facebook’s upcoming News Feed relaunch – could this new look backfire and push users away?

While every brand across all industries weigh the pros and cons of releasing a new product or service, Facebook seems especially prone to criticism, and adoption for many of its revenue-driving options fail to live up to expectations right out of the gate. TechCrunch speculates that the new News Feed might separate content types so users can swipe through navigation bars to view text-based posts or solely visual media updates. This user experience redesign could make it easier for internet users to view content that interests them most​.​. Nevertheless, the skeptics will add their two cents this Thursday, and social media users will have the final say about the success or failure of the new feature.