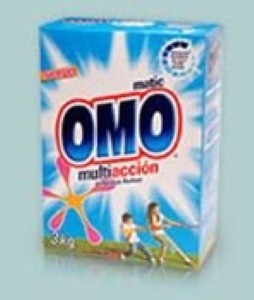 Marketers have long debated using online consumer behavioral targeting tactics because of privacy issues, but the new campaign for Brazil’s Omo detergent may take consumer tracking to the next level of controversy. Select boxes of Omo detergent released this week contain a GPS device that allows marketing agency Bullet to show up at consumers front doors.

Fifty boxes of Omo are loaded with GPS tools, and Bullet President Fernando Figueiredo, told Ad Age that marketing teams and video crews will go to consumers’ houses almost immediately after they make a winning purchase. Winners with GPS embedded boxes will be given a handheld camera and an invitation to a day of outdoor family activities (in keeping with Omo’s idea that it’s good to let kids get dirty).

This is a risky campaign. To start, there is no way of knowing whether consumers will open their doors to strangers who claim to be working with their detergent company. Then, there is the issue of privacy. AdAge reports that the campaign includes an online component where detailed maps of the winners’ homes along with footage of the big reveal will be posted on the “try something new” page of the Omo website.

While the family outings could create a great story about the Omo brand and the campaign may generate compelling video content for consumers following along on the web, it might leave the winners feeling like they’ve lost some personal security. One commenter on Ad Age said “I would consider this a severe invasion of privacy,” and another said the campaign has inspired him to “NEVER buy this product.”

The “try something new” contest accounted for $1 million out of Omo’s marketing budget of $23 million, reports AdAge. It remains to be seen whether the investment will make money for the company or cost it brand trust.

The early response is a reminder to marketers customer privacy should be a top consideration in campaigns.

Businesses looking to tell a story via customer responses to promotional offers may want to take a page out of the latest Coca-cola campaign, which lets engaged consumers take the lead in telling their Coke stories. Through its user-friendly social pages, the company has gained millions of active followers and dozens of user-generated video posts – no candid cameras required.