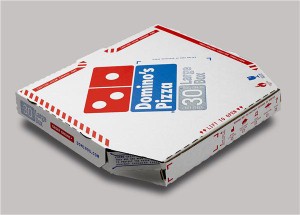 International pizza company Domino’s Pizza is the second leading pizza franchise in the U.S., and now the chain is making strides across the pond with a little help from social media marketing. The company’s UK earnings increased by nearly 29 percent in the 26 week interim that ended June 27, and officials attribute much of this success to Domino’s social media initiatives.

“Our main Facebook site now has in excess of 36,000 fans and there are numerous fans of individual store sites, too,” says the report. Indeed, the chain’s UK and Ireland Facebook page currently has more than 37,000 fans who post on the company’s wall thanking it for quality service and promotional offers delivered through the site.

In addition to its Facebook campaign, Domino’s officials believe their rising profits are linked to their recent foursquare campaign. The geo-social location app serves more than 500 UK and Ireland locations, and the campaign is a huge success with “mayors” enthusiastically accepting free pizzas. It is unclear whether the company will introduce a similar foursquare campaign in the United States.

Marketers may want follow the UK Domino’s lead and add Foursquare to their social campaigns to turn a profit this year. The social tool recently got a major boost from investors because of its perceived potential to drive the mobile marketing platform.