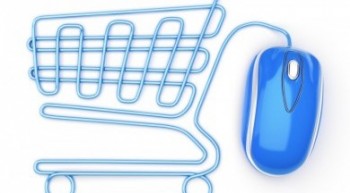 A report from market research firm comScore suggests that ecommerce spending in the U.S. continued its strong performance in the second quarter of 2012, topping $43 billion. While the figure followed the usual trend of dropping compared with the first quarter, it represents a 15 percent increase from the second quarter of 2011. For marketers, ecommerce interest will continue to grow throughout the remainder of the year as the December holidays approach.

According to Gian Fulgoni, comScore chairman, ecommerce growth has outpaced increases in overall consumer spending four fold. Americans are becoming more active on the web, viewing it as a means to find the best value for their money.

“While the second quarter’s 15-percent growth rate couldn’t quite match the especially high growth rate from the first quarter, it was nevertheless almost four times higher than the growth in overall consumer spending, a sign of continued strength in the ecommerce channel,” Fulgoni said in a release.

Obviously, offering the best price is a critical component of attracting these shoppers, but the myriad options presented by the web have led to other factors impacting purchase decisions.

Brafton recently highlighted data from About.com that found more than 80 percent of consumers will not buy from a company if they do not trust it – and website content is key to building trust. Developing content marketing campaigns that look to attract discerning shoppers by educating them about a certain industry can ensure consumers are engaged and build a rapport with the company.

The use of custom site content to attract prospects is especially useful for marketers in consumer electronics, flowers, gifts and apparel, that typically drive substantial ecommerce spending. The competition in these industries is high on the web, so creating high-quality website content can help companies stand out. As the busiest times of the ecommerce season approach, developing these campaigns early can put companies in a good position to find the right ways to appeal to their target audiences effectively.

Furthermore, the frequency with which consumers demand content from the companies they plan to buy from has reached new heights. Brafton recently cited data from Triton Digital that found more than 60 percent of Americans read website content from companies to develop a better understanding of the organizations and the items they plan to purchase.