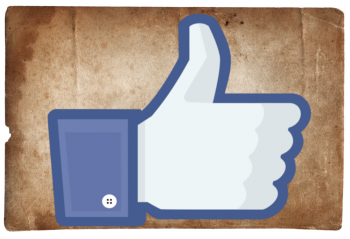 We’ve said it before, and we’ll say it again: There are no marketing shortcuts. The harder you try to circumvent the system, the more difficult it is to actually build an audience and connect with customers. Need more evidence? Look no further than Facebook’s newest social media marketing initiative.

Site Integrity Engineer Matt Jones published a lengthy description of the latest efforts to crack down on unnatural Likes and other “money-for-engagement” schemes. In short, he warned these tactics are still a bad idea, and Facebook is getting even better at spotting unearned engagement – so don’t even bother.

Don’t shoot yourself in the social foot

Like unnatural link-building or private blog networks, buying Likes doesn’t just go against marketing best intentions – it’s bad for your site and social profile. Sure, it might seem like a good idea to get some engagement to start the ball rolling, but this can easily backfire. According to Jones:

“Fraudulent Likes are going to do more harm than good to your Page. The people involved are unlikely to engage with a Page after liking it initially. Our algorithm takes Page engagement rates into account when deciding when and where to deliver a Page’s legitimate ads and content, so Pages with an artificially inflated number of Likes are actually making it harder on themselves to reach the people they care about most.”

What should you do instead? Consider how we helped a client in the senior living space. The company had great content, but it wasn’t reaching the right audience to drive conversions. We helped them optimize headlines and content topics for a Facebook audience, which led to increased engagement and overall jumps in social visibility.

The result? The business increased its site traffic by 15 percent. More importantly, socially driven conversions were up 100 percent during the same period of time. Besides biting the social media marketing hand that feeds you, unnatural engagement is just bad policy. When brands take the time to build their audiences naturally, goal completions and conversions result.