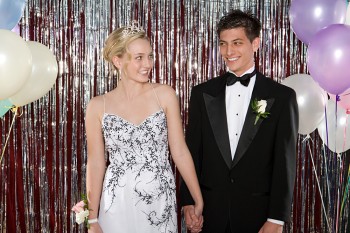 As Twitter, Facebook, Pinterest and LinkedIn huddled around the stage at the Social Media Marketing Prom, they patiently waited to find out who would be crowned the popularity queen of 2012. Although other social media sites saw great success in 2012, not one rivaled the popularity of Facebook, evident from its presence as the top search query and the most viewed Wikipedia page of the year. To the joy of Facebook-lovers around the world, Facebook was given the star-studded crown, causing content marketers to reassess their strategies and make the platform a priority. According to Toolserver.org’s recent list of the most viewed sites on online encyclopedia, Wikipedia, Facebook owned the top spot. Facebook saw 32,647,942 views in 2012. It was the only social media site that made the list, though Google made an appearance in the number nine spot with 18,508,719 views. Although it is unclear whether users were viewing Facebook’s page to find out about the platform’s history or to find a picture of Mark Zuckerberg, the site’s founder, the results clearly show that Facebook continues to impress and garner attention in 2012. With no other social media site on Wikipedia’s list, who else could win the crown?

Although Facebook was the most viewed page, Jay Walsh, a Wikipedia spokesperson is unsure if this was on purpose. He told AllThingsD that some of these results may have been from confused users. Walsh said that users might be typing Facebook into their browsers and accidentally ending up on Wikipedia. This could be reinforced by browsers that begin to repeat the activity. Even still, Walsh was open to the possibility that users are generally interested in the site on Wikipedia.

Even if users were visiting Facebook’s Wiki page by accident, their intention was to visit Facebook, demonstrating the platform’s popularity.

Brafton recently reported that Facebook was the top search query on the internet for 2011 and 2012. Searches for “Facebook” made up four percent of all searches, a substantial and impressive number for one site. In 2013, content marketing strategies should include Facebook, the renowned belle of the ball.