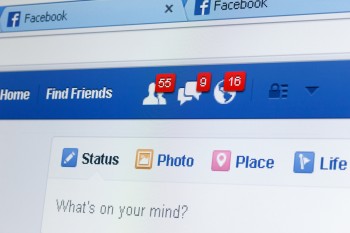 Facebook debuted in 2004, and the first 10 years of social media marketing were marked by huge changes that adoption numbers account for the majority of web users, marketing on social platforms is becoming even more valuable for brands of any size.

Although a recent study by the Pew Research Center found Facebook usership isn’t really growing that’s not necessarily a bad thing. The research found 71 percent of Americans have an account – and no other network cracks 28 percent. From a purely numbers perspective, Facebook is head an shoulders  above the competition.

But where things are really changing is in terms of total usage and engagement. Pew reported 70 percent of Facebook users check the site at least once a day (which is up from 7 percent the year before) and 45 percent visit several times per day. If you build a persistent presence on the site and post throughout the day, you have multiple opportunities to connect with your target audience.

Facebook penetration may not be rising – and doing so might be impossible at the current adoption rate – but the network is clearly becoming an important part of people’s lives.

Social visibility is great, but what good is engagement without traffic – and how can brands convert additional views into clicks and visitors? Fresh content is first and foremost to social success. A Brafton client in the publishing industry wasn’t seeing the kind of referral traffic it wanted from social media, even though it had a lot of followers and social connections.

By publishing consistently on Facebook, we were able to help the company exceed expectations in the following ways:

Those metrics are all well and good, but they ultimately contributed to perhaps the most important data: referral traffic. The company’s site saw a spike of 171 percent more visits from its Facebook posts. People are coming to Facebook, and they’re using it to visit company sites in ever-higher numbers. As long as brands offer regular and consistent content, they too can see jumps in visitors, qualified traffic and eventually leads.