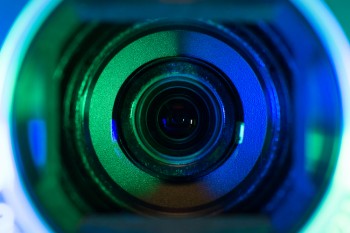 Companies that run successful content marketing strategies know as much about an audience as possible, and then cater to that target demographic’s needs. Blog posts, for instance, only get a lot of traffic when they’re written with a particular group of prospects and customers in mind. The better that content suits readers, the better it will perform. A recent announcement suggests Facebook is apparently trying to put this principle to the test when it comes to video ads.

According to the Facebook blog, the social network is rolling out a new way to target ads. Brands that advertise on Facebook will now have the opportunity to further refine who sees their paid content. One of the more interesting options is the ability to increase the likelihood of seeing video ads for users who watch more than the average number of organic videos in their News Feeds. That is, paid ads can be set to appear more frequently in the feeds of users who frequently click ‘play’ on organic videos.

The implications of this option are two-fold:

For brands that aren’t sure what to do on the Facebook News Feed when organic visibility is dropping to less than 1 percent, this update could offer something of a solution because supplementing a strategy with ads has just gotten a bit easier. More importantly, it brings the idea of giving people what they want full circle. Marketers should be constantly be looking for patterns in their audiences’ behaviors and finding ways to give them more of the assets they like.

Context is key for online videos

If video ads bring in more traffic and conversions when seen by users who prefer the medium, even brands that don’t pay for ads should take notice. When a certain type of content does well on a channel (videos in email messages, for instance), it’s a good idea to go all-in and try for the same spark of engagement.

How can businesses figure out what their audience’s preferences are? Besides looking at raw traffic and engagement metrics, one idea is to simply ask. According to a study by Urban Airship, 62 percent of mobile users were willing to share their location with apps that request it.

Clearly, customers don’t mind giving up basic information if it’s going to improve the commercial relationship they have with brands. When customers are given the right number of choices, they’re much more likely to both think highly of a brand and possibly convert.