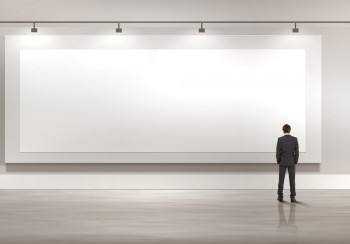 Facebook organic news feed visibility is dropping sharply, and the network is taking bold action to let users curate the social media marketing content they see. The latest move is to collect better information about organic content and paid ads in users’ News Feeds. Facebook announced users will no longer have just “yes or no” options when it comes to declining to see posts – they can actually give one of the following answers to the question “Why don’t you want to see this?”

“It’s not relevant to me”

Social content is only as good as the audience it’s targeted for, and when users finally block posts from showing up in their feeds, it’s usually just a formality because they weren’t looking at it anyways. For example, someone who doesn’t even own a house own isn’t going to click on posts about vinyl siding.

“I keep seeing this”

No matter how great a video, picture or blog post headline is, a person who’s got content fatigue won’t care.

No matter how great a video, picture or blog post headline is, a person who’s got content fatigue won’t care. Constantly sharing the same asset won’t get more clicks. A few boosts here and there will give content another shot at resonating with users, but there’s a very fine line between helpfully redisplaying and overdoing it.

Most brands already know what’s in good taste in terms of online posting, but it’s important to remember appropriateness is often in the eye of the beholder. Political posts, or content that takes a strong stand that could alienate people, might trigger this option, so proceed with caution.

As Brafton reported, Facebook is working hard to crack down on clickbait, but it still has a way to go. For the time being, the best way to maintain reader attention is to be upfront about what a post contains, and to keep up a strong connection between what users thought they were getting when they started following your brand and what they’ll subsequently see in their news feeds.

The evaporation of news feed visibility means brands need to be extremely careful when they cultivate social media marketing relationships with customers. But the stakes may be even higher for paid ads. The initial investment brands make will be for nothing unless social posts are carefully written for relevance, don’t repeat too often and aren’t spammy.