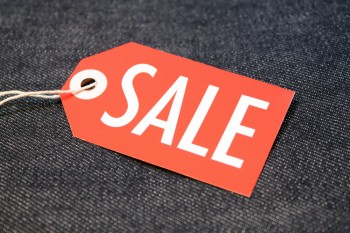 If the $19 billion* sticker price of Facebook’s recent WhatsApp acquisition shocked you (check out Brafton’s previous coverage for more details about the deal), prepare to be astounded. At this week’s Mobile World Congress in Barcelona, Founder and CEO Mark Zuckerberg said he thinks it was a good deal. And while he suggests this will be his last big investment for a while, Zuckerberg’s confidence in the free texting application should register on marketers’ radars as a sign of Facebook’s staying power and the platform’s potential.

WhatsApp could have cost more?

“I just think that by itself it’s worth more than $19 billion,” Zuckerberg told David Kilpatrick, the founder of the Techonomy Conference, during the keynote speech. “The reality is there are very few services that reach a billion people in the world.”

“I just think that by itself it’s worth more than $19 billion,” said Zuckerberg.

Facebook is currently one of those services, reaching 1.23 billion monthly active users at the start of the new year. Although WhatsApp has not yet hit that golden billion-member mark, it has certainly demonstrated the potential to do so – and in the markets that potentially matter most to Facebook’s growth and sustainability. WhatsApp recently surpassed 465 million active users a little over four years after it was first founded.

The messaging application is particularly popular for international communication because it allows cross-continental users to connect online and share multi-media content. First used for texting and photo sharing, the platform now allows users to upload and send videos. And WhatsApp Founder Jan Koum recently announced the service plans to support voice communications in the future. It’s important to note that Zuckerberg was also attending the Mobile World Congress to speak about Internet.org, a team that’s dedicated to bringing web access to developing countries around the world. Perhaps WhatsApp presents a solution, enabling real-time data sharing on a global scale. It could also be a play to get international users hooked up with and hooked on Facebook’s platform, if the two were to become integrated.

Most people are still waiting to see exactly what this investment means for social media marketing and large-scale customer outreach because it raises new questions, like:

Nonetheless, this move seems tie in with Facebook’s plans to become more usable and user friendly, reflecting the preferences and needs of the audiences it wants to stay active.

*Facebook paid $16 billion in Facebook shares and funds, plus a $3 billion stock option for the company’s founders and employees.