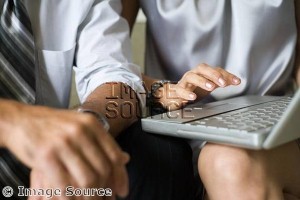 Speaking to the rising power of social media, ForeSee’s Annual E-Business Report 2010 was released today with the first-ever inclusion of customer satisfaction metrics for social websites. The findings may be surprising to marketers who have been channeling funds into the social arena’s most popular site – Facebook.

The report references Hitwise data indicating that Facebook is currently the most popular web destination, with 9 percent of all website visits going to the social site. Notably, Google closely follows, accounting for 7.4 percent of internet visits. But Facebook far outshines its social competitors, as the site garners more than half (55 percent) of all social media visits.

Nonetheless, ForeSee’s research reveals that Facebook scored just 64 points in the customer satisfaction index, making it the second least satisfying social site for consumers. MySpace was the lowest scoring site with 63 points, while YouTube and Wikipedia scored as the top social sites with 73 and 77 points, respectively.

But marketers shouldn’t pull their ad spend out of social sites completely. In spite of these grievances, 16 percent of Facebook’s 500 million users actively seek recommendations for products and services on the site, according to the report. In fact, 12 percent said they have gone on to purchase products recommended on Facebook.

YouTube proved the leading social platform for product recommendations, with 17 percent of respondents saying they seek purchase tips on the site and 14 percent indicating they have bought goods recommended on YouTube.

With this in mind, marketers must carefully plan their ad campaigns on social media. To start, gaining Facebook fans and sparking word-of-web campaigns on the site may help boost sales, where overt ads may annoy users. Additionally, these findings indicate the growing importance of video advertising in the social arena. YouTube, in particular, is a channel worthy of marketing dollars.